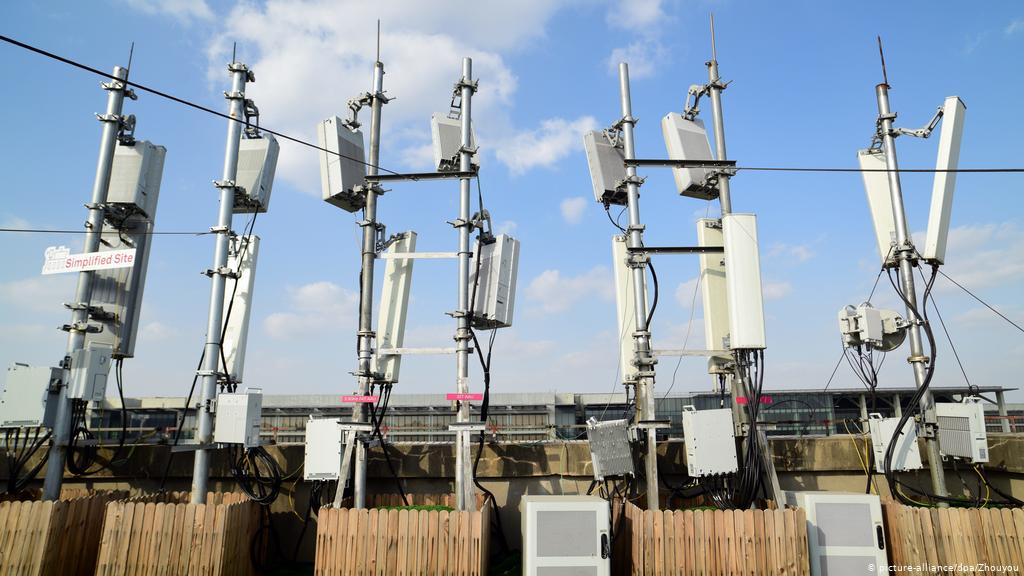 he Federal Executive Council (FEC) has approved the Fifth Generation Network, otherwise known as 5G for the nation.

The Minister of Communications and Digital Economy, Dr. Isa Pantami, who disclosed this yesterday while speaking with newsmen at the end of the weekly FEC meeting presided over by President Muhammadu Buhari, also revealed that the Council in approving the 5G took cognisance of the report of the International Telecommunications Union (ITU) and the World Health Organisation (WHO) that pronounced it safe to human health.

In support of the move by the federal government, telecommunication operators (Telcos), under the aegis of the Association of Licensed Telecoms Operators of Nigeria (ALTON), yesterday said Nigeria was ready in terms of infrastructure for 5G rollout across the country.

Continuing, Pantami revealed that the radiation of the 5G Policy is lower than that of 4G currently in use by Nigerians while the deployment of the policy which is with immediate effect will be carried out in phases between now and 2025.

The Minister listed the benefits of the policy to include higher data rate, larger capacity, lower latency while it will also open many opportunities economically, academically and render necessary support to the security agencies in areas where they need high quality frequency.

Pantami also explained that it took government close to two years to come up with the 5G Policy because of the initial resistance by stakeholders.

He said: “I presented before the Federal Executive Council, which has also been approved after deliberation. That is the National Policy on Fifth Generation Networks for Nigeria’s digital economy, the national policy on 5G. So, that policy has been approved by the Federal Executive Council today. “Furthermore, the policy discusses the benefits to be attained through the deployment of 5G in Nigeria and in any part of the world which includes lower latency, larger capacity, and higher data rate.

“These are the three major benefits of fifth generation. And in a simple language, we can say it will open many opportunities economically, academically, educationally and even in health sector. And it will also support our security institutions, particularly in areas where they need high quality services.

“So, these are some of the benefits to be anticipated when fifth generation or 5G is deployed in Nigeria.”

He noted that prior to that, in 2020, “there was a time that we started working, and we started the fifth generation trials. And there was a complaint from citizens about the relationship between 5G and COVID-19.

“Because our government is a responsible one, we put everything on hold. We engage more stakeholders. We spend almost 18 months working on that. And we also wait for the resolution and verdict of the two most important organisations globally when it comes to the deployment of telecommunications facilities.

According to him, its deployment would be in phases, saying it would start from major cities in Nigeria, where there is need for very high quality broadband.

“So, only few places will start to benefit from it. And we do hope that the plan will come up immediately. That will show that from now to 2025, we will be able to ensure that significant towns and cities in the country will also benefit from 5G,” he noted.

He added that stakeholders meeting were held in six different stages including the National Assembly before the presentation of the memo to the FEC for approval on Wednesday.

He also revealed that the National Frequency Management Council (NFMC), under his Chairmanship would soon release spectrum to the Nigerian Communications Commission (NCC) for the Mobile Network Operators (MNOs) that meet all the required conditions.

The NCC, as the regulator of the telecommunications sector, will continue engaging stakeholders with a view to developing the regulatory instruments required for the successful deployment of the technology in Nigeria, he added.

“With the approval of this national policy on fifth generation, or 5G, NCC has been directed to start working immediately to come up with regulatory instrument that will ensure its safety, and many more.

“Our government gives more priority and preference to the health and security of our citizens as stipulated in the Constitution of Nigeria 1999 as amended under Section 14, Subsection 2 Article B. So, that is why our subsidiary legislation is going to be developed to ensure that 5G will only be useful in Nigeria, and we cannot allow it to be harmful in any place”.

Patami stressed that the 5G Policy is currently in operation in most European countries as well as some African countries while some are at the verge of introducing the policy.

“And there are other countries that are also working in the same pace we have been, like Kenya, Uganda, Morocco and Egypt. All of them are just at the last stage of the deployment of 5G and I congratulate Nigerians for getting the memo approved by the Federal Executive Council. And I do hope that we will soon benefit from 5G to get high quality broadband,” he added.

Meanwhile, ALTON has said Nigeria is ready in terms of infrastructure for 5G rollout across the country.

According to Adebayo, “The approval of 5G technology for Nigeria is a welcome development that will enhance Nigeria’s drive towards digital economy. The best we can have at this time as a country, is the approval for 5G technology, reason being that every successful generation of mobile technology services has brought improvement both in user experience and the quality of the service.

“Studies have shown that 5G is the next generation technology that will bring about high quality of user experience, and faster speed in data transmission. The approval is a good development and we thank all the stakeholders that worked towards the approval.”

Asked if Nigeria is ready for 5G rollout, Adebayo said the national networks of telecoms operators were built to accept 5G technology and that telcos were upgrading their facilities to support 5G technology.

“What we have deployed on our national network is of international standard that can be compared to networks of developed countries. In terms of readiness for 5G rollout, telecoms operators are ready, even though the telecoms operators still have work to do on their networks,” Adebayo said.

He further said when 3G technology was introduced in Nigeria years back, there was some forms of resistance from the public and that telecoms operators would not see the current agitations against 5G rollout as something new.

Speaking about the advantages of 5G network, Adebayo said “5G comes with high speed data transmission, low latency and high quality of user experience in the area of big data.”

Adebayo further said 5G remained the best technology to be adopted now, and warned that if Nigeria did not adopt 5G technology now, the country would be playing catch-up game later, which he said would be more expensive for Nigeria to bear.