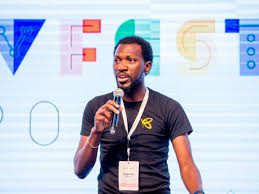 In the midst of regulatory troubles in one of its biggest markets, Flutterwave is moving ahead with preparations for an initial public offering (IPO) on the Nasdaq.

Flutterwave is continuing with this plan despite claims of financial impropriety by the Central Bank of Kenya (CBK) and its bank accounts being frozen by Kenya’s High Court.

“We have the attractive market potential and opportunity to do so now,” Flutterwave’s Chief Financial Officer (CFO) said as quoted by Bloomberg, “We are a growth company, we have a tremendous opportunity to invest and really develop solutions for the largest enterprises in the world that transact in Africa.”

The Pan-African fintech giant is planning to use the proceeds from the public listing to grow its operations in current market while exploring expansion into new African opportunities, Bloomberg reported.

Bhambani came to Flutterwave in June from American Express, along with three other executives.

The fintech is facing regulatory battles in Kenya after the country’s Central Bank governor revealed that Flutterwave and Chipper Cash are not licensed and should cease their operations in the country. Flutterwave responded by saying they applied for a license but were yet to receive it.

Furthermore, the fintech has also been linked to money laundering schemes that has led to some of its funds being frozen by the Kenyan high court.

Kenya’s High Court locked the company out of its 52 multi-currency accounts, which are spread across three banks and hold more than $40 million. Flutterwave was barred from “transacting, withdrawing, [or] transferring” any funds for 90 days based on claims of financial improprieties under anti-money laundering (AML) regulations.

Most recently, the fintech had an additional $3.3 million frozen by the Kenyan High Court due to the financial improprieties.