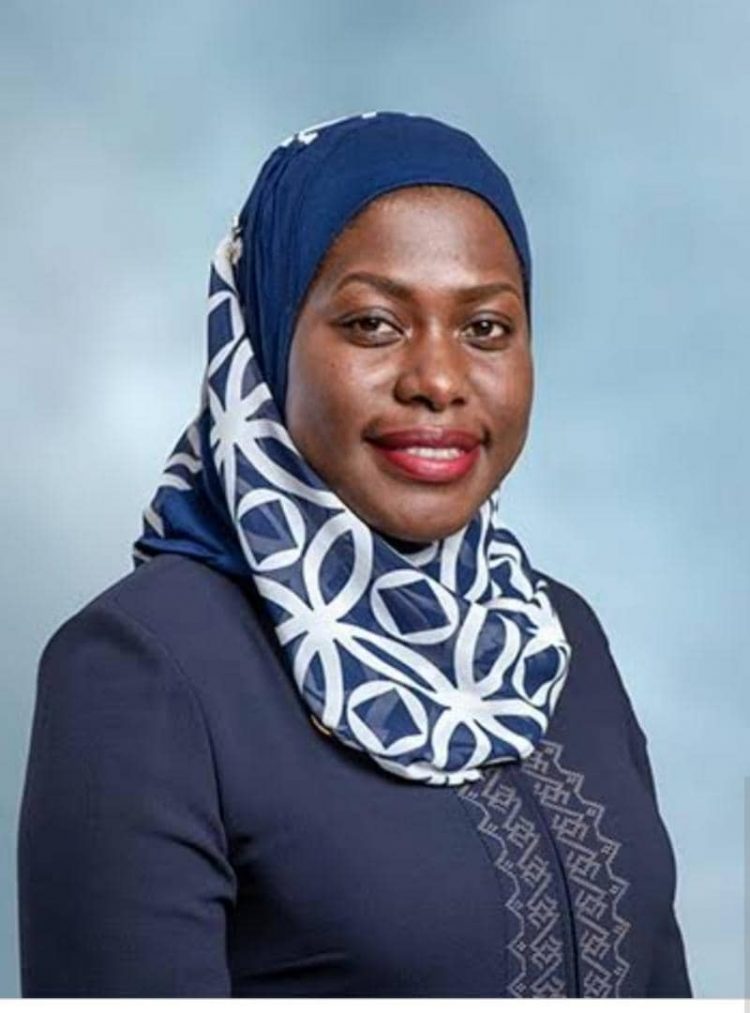 President Yoweri Museveni over the week appointed Dr. Aminah Zawedde as the new Permanent Secretary of the Ministry of ICT and National Guidance. Dr. Aminah replaced Vincent Waiswa Bagiire, who was transferred to the Ministry of Foreign Affairs. She holds a PhD (the Eindhoven University of Technology, The Netherlands), an MSc. Computer Science (Makerere University), a PGDip in Educational Technologies (University of Cape Town, South Africa), a PGD in Education (IUIU) and a BSc. (Statistics and Economics) (Makerere University, Uganda). She has supervised several PhD and Masters Students who have attained commendable awards in ICT.

Dr. Aminah is a lecturer and senior researcher in the School of Computing and Informatics Technology, Makerere University. She has experience as an IT consultant on both local and international projects. In addition, she has led research projects on capacity building for sustainable ICT4D.

She was a member of the International System Dynamics Society, and founding member of the System Dynamics Africa Chapter and is currently the Organizing Secretary of this Chapter. She has written and published papers in IT peer-reviewed journals and presented some at international conferences.
During her tenure as Board Director and Chairperson of the Digital Transformation Committee NITA-U, owing to her role of guiding policy direction and strategies, numerous achievements have been registered.

The Ugandan Government currently boasts of the largest and most stable optical fiber cable network in the country, the NBI, spanning over 4000 Kilometers and providing internet connectivity to over 1000 Government offices. Uganda’s online space is regulated by the Data Protection and Privacy Act, the Computer Misuse Act, and the Electronic Transactions Act. The cost of the Internet to the government, through a deliberate process, dropped from 1200 US dollars per Mbps per month in 2013 to the current 70 US dollars per Mbps per month.

Various NITA-U e-Government initiatives have been rolled out. These include; the Unified Messaging and Collaboration System, a communications system rolled out in over 75 entities with over 17,000 users, ePay an Electronic Payment Gateway a platform that enables convenient and secure online payments, uConnect an SMS Gateway which provides subsidized SMS services, and eGP a web-based system that supports a complete cycle of public procurement and disposal and a 24-hour Government of Uganda IT Service Desk.

Dr. Aminah starts her tenure as Permanent Secretary as the Government of Uganda is rolling out UGhub, a systems Integration platform to enable seamless sharing of data in a rational, secure, efficient, and sustainable manner a platform she has played a central role in bringing to life.

Dr. Aminah belongs to the Rotary Club of Kampala Maisha (2017 to date) that has the following that has achievements; Adopt a village project in Ntenjeru in Mukono District that is improving health care, maternal and childcare, education, and financial literacy in the community.

She is also the Board Chairperson of Mustard seed Junior School – Mustard seed is a charity non-profit school that undertook extensive local research to identify an area where education is most urgently needed in the Wakiso district that surrounds the great city of Kampala. Several Permanent Secretaries were appointed to head Ministries, while seven others were retired due to public interest.

“By virtue of the Powers given to the President by Article 174 (2) of the 1995 Constitution of the Republic of Uganda, I hereby, appoint the following as Permanent Secretaries,” Museveni said in a statement.