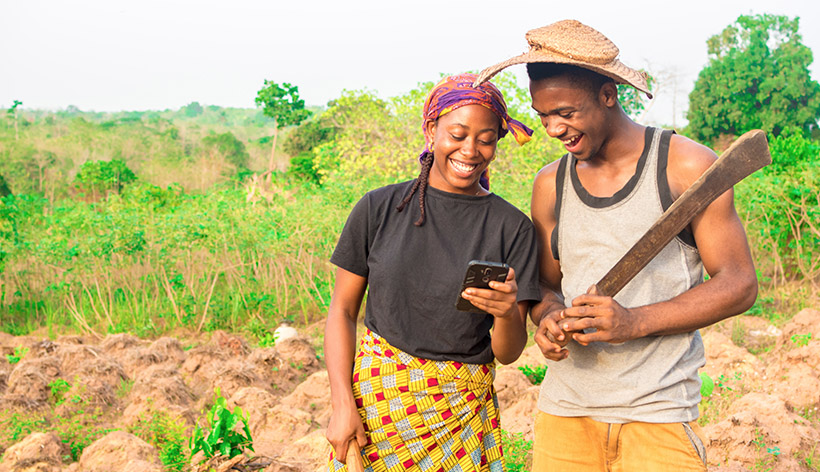 Everyone alive during these times is digitally enabled in one way or another; this doesn’t exclude farmers.

We live an age that many have referred to as the digital age. Everyone alive during these times is digitally enabled in one way or another; this doesn’t exclude farmers.

Who would have thought that farmers will pick up and one day be comfortable ordering products online? The increasing number of digital order and queries on agricultural input platforms is a testimony to the arrival of a digitally enabled farming community.

The number of second-hand tractors viewed and sold through YouTube is growing. WhatsApp integration with farmer-centric apps will further drive adoption and transactions as digital payments with The AV3 (Advisory through Video, Vernacular, and Voice) formula for building farmer’s digital access will be a winner.

E-commerce on itself has grown and farmers are now able to sell and buy products among each other. The e-commerce platforms not only provide an avenue for vendors/sellers to meet with buyers but also provide assurance on the quality of the goods transacted.

Precision agriculture has become mainstream in commercial agriculture production, and many would agree that it is “the way we farm today.” Utilization of technology varies from farmer to farmer, but the decision to invest in technology is commonly tied to the potential for increased efficiency and profitability.

Understanding the value of technology is increasingly important in an environment of narrow crop margins, when deploying technologies to optimize returns is critical. Appropriately, farmers typically adopt digital technologies on an application-by-application basis (i.e., will GPS guidance sufficiently reduce fuel costs to pay for itself). However, the expansion of technology use over time tends to have systemic, cumulative benefits that go unrecognized at the whole farm level.

Historically, agriculture has undergone a series of revolutions that have driven efficiency, yield and profitability to previously unattainable levels. Market forecasts for the next decade suggest a ‘digital agricultural revolution’ will be the newest shift which could help ensure agriculture meets the needs of the global population into the future.

Digitalization will change every part of the agrifood chain. Management of resources throughout the system can become highly optimized, individualized, intelligent and anticipatory. It will function in real time in a hyper-connected way, driven by data. Value chains will become traceable and coordinated at the most detailed level whilst different fields, crops and animals can be accurately managed to their own optimal prescriptions.
Digital agriculture will create systems that are highly productive, anticipatory and adaptable to changes such as those caused by climate change. This, in turn, could lead to greater food security, profitability and sustainability.