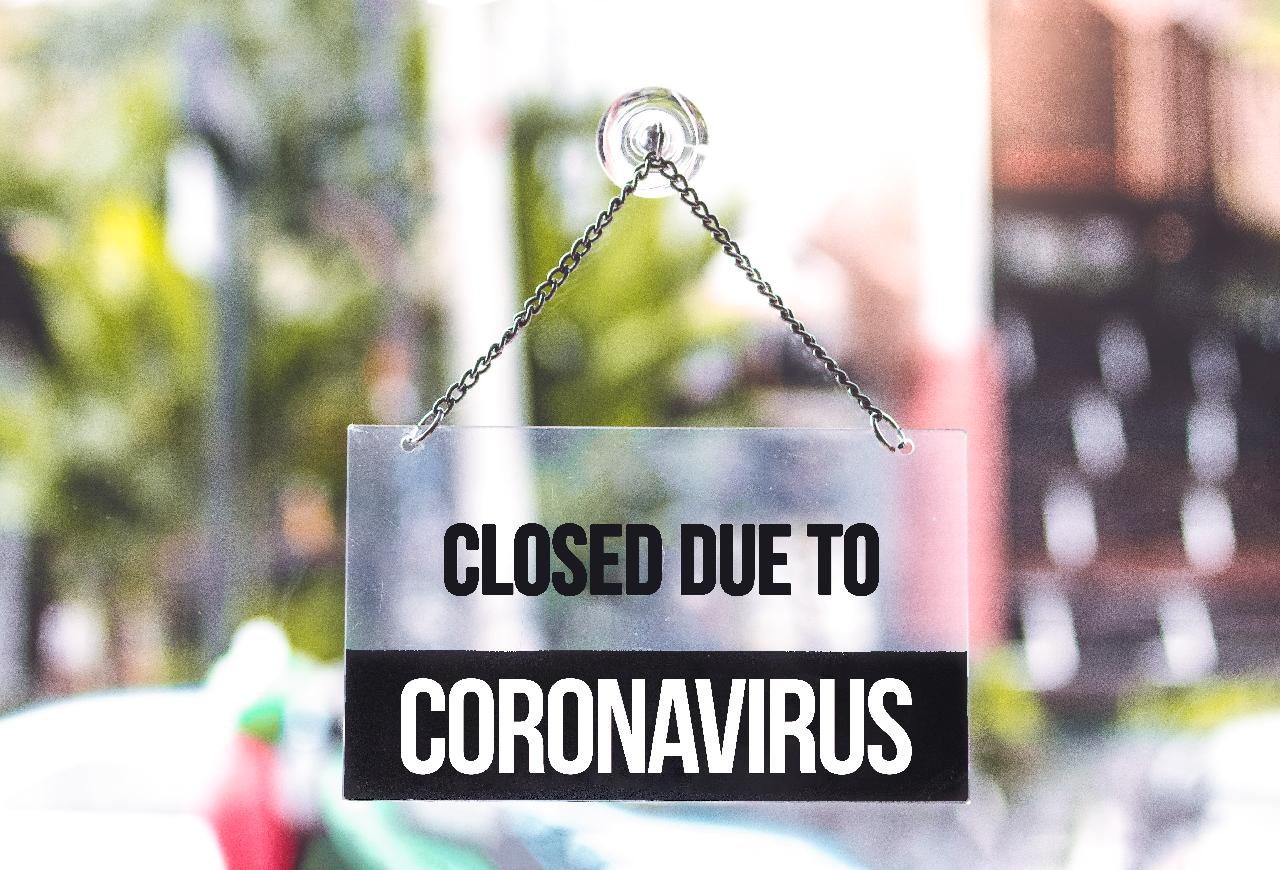 4,219 respondents across 83 countries with a budget spend of quarter trillion dollars already makes the Harvey Nash/KPMG CIO Survey 2020 one of the biggest technology surveys ever. In it, a world of information and knowledge refined over the 22 years it has been released annually. At the very least, one of the things a CIO is meant to do, survey says, is to predict technology’s future. But forecasting is proving to be incredibly difficult.

The report says as much. “Almost six in ten (59 per cent) of respondents feel that they will be unable to accurately forecast for long-term planning decisions for at least three months and almost one in ten think it will take a year or more.” Businesses prefer a semblance of certainty to operate, but “Technology leaders tell us that instead of long-term plans, organisations are focusing on ‘getting their house in order’ by optimising their estate, reducing technology debts and putting building blocks in place for their future.”

Only a third of respondents (30 per cent) will be forging ahead as they already feel that they have an accurate view of the future.” It would be intriguing, foreseeing the future through their eyes. That being said, there are road signs pointing to the near future at the very least.

Key findings from the survey include
Additional IT budget – Global IT leaders reported a median additional spend of 5 per cent of the IT budget to deal with the COVID-19 crisis.

Increased cyber-security threats – more than four in ten (41 per cent) of organizations have experienced increased incidents mainly from spear phishing and malware attacks.

Skill shortages, even in a pandemic – for the first time in this survey’s history, cyber-security expertise has become the most in-demand skill set, especially in the cloud and data security space.

A massive surge in remote working – 86 per cent of our respondents have moved their workforce to remote working, and 43 per cent of technology leaders expect over half their staff to remain working predominantly from home.

Technology investments – almost half (47 per cent) say the pandemic has permanently accelerated digital transformation and the adoption of emergent technologies.

Mental health is an issue – 84 per cent of technology leaders report they are concerned about their team’s mental health, and encouragingly, 58 per cent have programs put in place to support mental well-being.

Technology leaders feel more influential – over six in ten respondents agree or strongly agree that their influence has increased as a result of the pandemic. This is not reflected in board membership, however, which for CIOs is down from 71 per cent in 2017 to 61 per cent now.

Diverse teams promote better business performance – more than two-thirds of organisations feel that being diverse has improved trust and collaboration in the technology team.

The launch of the CIO Survey 2020 report included a roundtable with Jaine Mwai, CIO Standard Chartered Bank, Neelesh Singh, Group CIO Airtel Africa, Shikuku Shituma, Head of IT at Aga Khan Hospital, and Peter Mungai, Ag. CIO, Kenya Airways. Centring on COVID-19 and it’s unhinged impact, Mwai starts it off by questioning whether “we were or are ready for the pandemic. Many of us have been preparing for the new tech. Look at today. We are having a conversation on Zoom. We are all on some cloud version communicating. Many of us were not ready for this world. We had these set up in our offices, but we never activated it. We have since bridged that gap.”

Retaining and upskilling talent does not just rear its head in the survey, it is also something Mwai’s bank pays attention to. “Initiatives taken by the bank to assist in retention include remuneration, (which is the leading key thing globally). We all want money. We have a pretty good system as far as salaries and bonuses go. We also have awards for performers. We try to be as competitive as we can. We have short term assignments. As a global organisation, travel is an opportunity. We also look at mentoring, talent programmes that touch across technology and other areas at the bank as well as accelerator programmes, all to help you grow.”

Singh says there is no change to account for as Airtel has been working on the digitisation of the customer journeys. His represents the massive surge in tech investment. It meant a higher share of investment. About half of the respondents said, “the pandemic has permanently accelerated digital transformation and the adoption of emergent technologies.” It has been rapid indeed. “We moved from a few thousand customers to 10 million users within months. The digitisation investment increased. We also have a pool of talent working on apps. Lots of processes, tools and technologies had to be brought in because of WFH.”

Spread across 14 countries, Airtel has quite a large group working remotely. “We can’t be in physical places all the time and we need more collaborative tools. The entire automation of entire business processes was also accelerated. But there was no change, just an upscale of digitisation.”

Working in a sector that has had the most attention and advancement since COVID-19; healthcare, Shituma states that “One of the things we came to learn as is that technology can bring new business models. This is what characterized the COVID-19 period. New markets along with new customers were being created. We have always known technology can enable service to be provided at a distance. But change takes time.” Much of the change in business models was brought about by social distance. Telemedicine grew, doctors could provide services.

“We were moving from a place where the uptake of telemedicine was very low to an explosion of growth. A doctor seated in Nairobi can consult a patient seated anywhere in the world. Geographical boundaries were broken. The entry barriers into the business were reduced. Starting a clinic was expensive but with teleconsultation, this was eliminated. You could provide service without needing space. People did not want to crowd an area thus the introduction of virtual receptions.”

Neelesh took note of a landscape that shifted significantly and tallies with the biggest issue CIOs face not just in East Africa but globally as well. This is security and privacy. “Some of the biggest risks are more internal threats than external. In the office where people are working, there are controls. But WFH, thousands of people including partners who need to access our systems, we don’t know the kind of devices they use. It is not always the one we provide even if we move from one, two to three-factor authentications. However, platforms are not the problem. The people are the problem. How do you cope with that?”

When it comes to security, it is well known that people are the weakest link. “Security is a joint responsibility of everyone working in the office and the consumers who use our services. There is a massive communication that needs to be done. We would like to do a lot with security. But it all starts with the basics.”

Eight things every CIO needs to know
1. Globally, IT leaders increased their budgets by 5 per cent to deal with the pandemic crisis. It added up to $15 billion per week during the first three months of COVID-19.
2. Organisations are responding to the recession singularly with Boards getting used to the uncertainty du jour. Even what keeps CIOs up at night is as diverse as the sectors are.
3. Organisations with the most success are being run by digital leaders who already had much of the infrastructure in place by the time COVID-19 hit.
4. Aside from the usual cybercrimes, spearfishing (83 per cent increase during COVID-19) and malware (62 per cent growth) attacks are the new, additional challenges hitting remote workers.
5. Organisations are waking up to a remote working reality making tech team leads are increasingly worried about the mental health of their reports.
6. The number of women in tech stubbornly refuses to grow. Diversity and inclusivity are critical as the former has inspired more trust and collaboration in tech teams.
7. Tech leaders are emerging in the face of challenges and what they want most is simple: influence.
8. The top priorities for boards did not change with COVID-19. Key fundamentals remain unchanged – operational efficiency and customer engagement as long-standing priorities for the tech leader.

His counterpart, Mwai, agrees citing that “One of the subjects on our agenda is looking at how we can be ready for an attack. We have security monitors. We connect with other agencies or managed security organisations. We connect to others. You can’t do it on your own, so work with other people. You will get to hear solutions, and which risks to prepare for. On a high level, this is what we do. We also do a lot of training, communicate to our customers, look out for phishing and do a lot of communicating.”

Finding himself in a more precarious situation which the report refers to as falling under a Hard Rest quadrant, is Mungai. He, too, like Mwai, is in dire need of a special set of skills. “The airline industry is in the Hard Reset quadrant where the Board and IT priorities is security. The report talked about a lot more staff WFH. One thing that was not really talked about is people went through job losses and reduction of income. From what we are seeing, there are more people who are desperate with a skillset that leads to cybercrime. We have had to secure the environment. The Board has been relentless about this. Skillsets are critical so we must be sure that we have the requisite skills.”

There has been an increase in malpractices across that space. “Being in Hard Reset, revenues are down, and we have to be innovative. Data helps us get insight into our customers. It was not something that was heavily invested in previously. We now occupy the digital space. Harnessing our data to understand our customers has been very important. We are looking at revamping our online presence and digital space and are looking for such skillsets.”

It is Shituma who ultimately gets down and dirty with the nitty-gritty reality. While cybersecurity attacks now have a place on the kitchen table, he points out that “There has been a socio-economic impact of the pandemic. Awareness of this fact is really critical. Staff need to know what to look out for when WFH in a different environment such as phishing. Other areas that need looking at when WFH to do it well includes a lot of assumptions. The environment where people worked from comes with dogs barking, children crying and chicken in the background. Connectivity is expensive, not to mention power outages. There are a number of things that need to be looked at. One needs to ensure their staff is properly facilitated to be able to work from home efficiently.”

The full report can be found here.