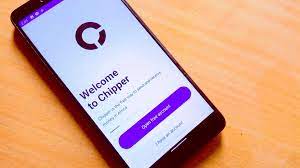 Chipper Cash, a finance transfer payment system company last Friday celebrated their 4th anniversary. The celebrations were marked at Mestil Hotel, in Kampala, where Chipper Cash treated some of its users to a fantastic breakfast at an event hosted by comedian Anne Kansiime and Timothy Code.

The company was founded in 2018 by Maijid Moujaled, of Ghanaian descent, and Uganda’s Ham Serunjogi, to enable African consumers to send money to each other and across national borders cheaply and easily.

“At the core of many business origin stories is people taking the initiative to build products and services that they’d like to use for themselves, if for no other reason. Chipper Cash is no different a little less than four years ago, Maijid and I set off on a journey to make sending money across and within Africa easy, accessible, and maybe even fun,” Ham Serunjogi, Chipper Cash Chief executive officer said.

Dan Tumuramye, Chipper Cash Country Director, said they recently launched features; like users being able to send money to non-Chipper Cash users at no cost. He unveiled the forthcoming exciting features on the Chipper Cash platform. The Chipper Cash team also offered their commitment to increasing their strong market presence and further introducing products to improve the welfare of Ugandans.

In the past 12 months, Chipper Cash has expanded its reach in the continent by launching in South Africa. It has also broadened its global footprint by opening in the United Kingdom and the US. In addition, Virtual Cards are now live in Nigeria and their Global Stocks product is now available in Uganda along with the sending to Non-Chipper Cash users’ facility.