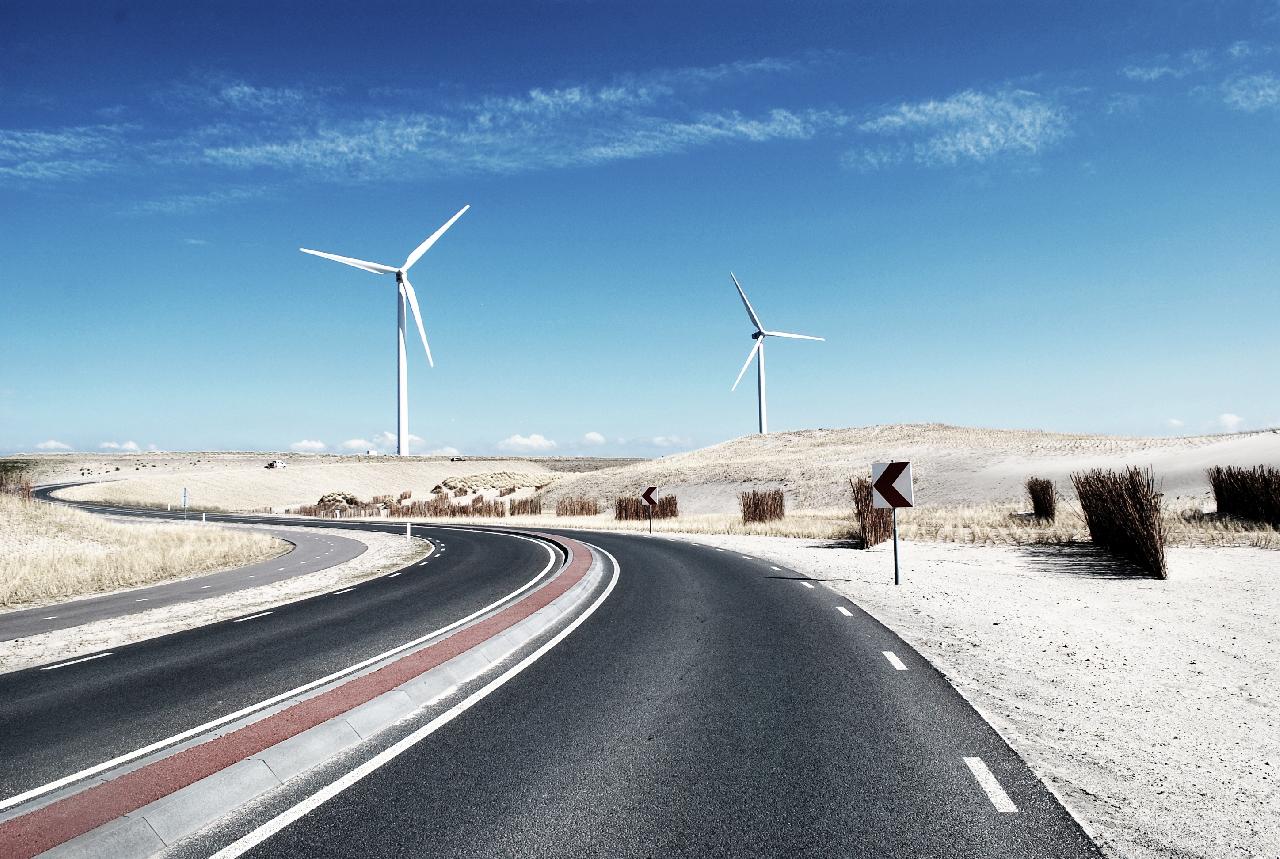 Africa is on the rise. In the last two decades, the continent has seen rapid economic growth (with actual GDP growth rates outperforming other major regional economic blocs), improved social conditions (falling infant mortality rates and rising life expectancies) and progressive political liberalisation (if in the 1990s only about 5 per cent of African nations were democracies. Today, only a handful of the 55 African states do not have a multiparty constitutional system). In this context, despite a current power crisis, Africa has seen significant growth opportunities in the energy sector.

Energy, or, more precisely, access to energy, represents one of Africa’s most significant obstacles to social and economic development. Solving Africa’s energy crisis may be seen as a complex problem with no simple solution in sight. However, the continent is attempting to take advantage of emerging prospects and follow renewable energy trends.

There are multiple dimensions to the problem of energy access in Africa, where large shares of the population lack a reliable supply of electricity and affordable modern cooking fuels. From insufficient power generation capacity to difficulties in managing energy infrastructure and attracting investments in the sector, to serving low-income users. Booming populations, urbanisation, and ambitions of economic development will all demand more energy.

In most countries across the continent, limited and reliable infrastructure is a concern, not just for economic stability – but also to attract investment.  Further, Africa’s reliance on fossil fuels is insufficient to meet the current demands; she does not have a good reliable energy source before inroads into clean power can realistically be considered.

In South Africa, for example, the country’s energy needs are heavily reliant on coal, and it does not generate enough to power the economy in its current form. This is not endemic to the southern part of Africa but spreads northwards, including countries like Nigeria or Equatorial New Guinea.  Limited supply and an unreliable power source prevent investment and considerably impede a country’s opportunity to create wealth.

Many countries are also custodians of undiversified economies. Different economies are also on different trajectories to transition from fossil fuels to clean energy. Nigeria and Equatorial New Guinea’s sovereign receipts are highly reliant on fossil fuels to power the economies. Removal of that income will weaken the country’s fiscal standing.

Investment policies, like the forced use of local content, is an Achilles heel for investors. Potential investors, primarily Chinese companies, are reluctant to invest in countries with strong local content policies. Being forced to use local materials, services and skills is the bane of every investor’s life. Not because the investors don’t want to use local talent and supplies, but rather because the price of the local content is often raised so unreasonably high that the cost exceeds potential returns, making the potential investment opportunity unviable. This is then injustice to the local content suppliers who are unable to benefit from any investment.

Countries need to review their policies and regulations for the continent to be business ready for potential clean energy investments. And identify which ones are preventing their governments from attracting the type of investment that will offer a more secure environment for the investor to start seeing returns realistically.

There is hope yet. Many African states are making considerable strides in building capacity to generate enough power to serve their economies. Not long ago, renewable power generation was an expensive choice to be subsidised by industrialised governments to signal to shift to clean energy. However, today renewable resources are becoming strategic assets for developing countries, too, as the global industry grows more robust and the cost of technology falls dramatically. Their potential is particularly evident in Africa, where abundant solar, wind, hydro, geothermal, and biomass resources exist.

In addition to this, the thinking globally on climate change strategically positions Africa as a leader in the energy transition. The UN Climate Change Conference of the Parties (COP26) in Glasgow from 31 October – 12 November 2021 focuses on countries taking urgent action at home and abroad to turn the tide on climate change. Renewable energy is seen as crucial to enabling this.

While it is becoming apparent that renewables have a significant role in the electrification process of many countries in the region—including at small scale and off-grid—several challenges remain when it comes to establishing appropriate regulations and attracting foreign investments, and even sometimes simply setting clear targets.

African countries are gifted with a huge—and still untapped—renewable energy potential. Estimates of power generation potential in the continent are 350 GW for hydroelectric, 110 GW for wind, 15 GW for geothermal and a staggering 1000 GW for solar (African Development Bank 2017). Bioenergy potential is also high, with wood supply from surplus forest estimated at 520 GWh/year (International Renewable Energy Agency 2015). Solar is particularly promising in geographical distribution: albeit with varying potentials, this type of energy could be harnessed virtually everywhere in Africa.

This large endowment of renewables is strategic for the continent, and the prospect of large-scale renewable power production may be a real game-changer for several countries. While hydropower has been an option for a long time, other renewable solutions have become commercially viable recently. Wind and solar are now leading large-scale renewable power production across the continent, competing with fossil fuel alternatives in terms of costs.

Countries in the region are beginning to exploit the endless possibilities for development in the energy sector afforded by abundant resources. For instance, Côte d’Ivoire is primed to benefit from a revolution in energy generation projects in Sub-Saharan Africa. While the country is known more for oil refining than a producer, it boasts a burgeoning upstream oil industry. Most of their primary energy demand is covered by local oil refinery supplies and domestic gas production.

According to the International Energy Agency’s (IEA) 2019 Outlook, the country aims to increase electricity generation to 5,520 MW by 2030 and connect all localities to the national grid by 2024. These targets could help kickstart a booming economy with significant contributions from the private sector. Rapid industrialisation has the potential to yield an economy that is five times larger but with an energy efficiency level that requires only twice as much energy.

Another example is Ghana which is emerging as an alternative destination for oil majors, looking for ways to diversify its portfolio of assets. The country’s Ghana first oil and gas resources were discovered as recently as 2007.

One of those companies investing in the country, Tullow Oil, recently announced its Value Maximisation Plan, intending to invest over $4 billion over the next decade to deliver over 50 wells and consistent revenue to Tullow and the Government of Ghana.

The Value Maximisation Plan focuses on an operational turnaround programme, which targets over 95 per cent uptime at both FPSOs. Tullow is also making sure that both fields continue to be consistent and reliable suppliers of natural gas. Gas from the Jubilee and TEN fields contribute significantly towards Ghana’s domestic energy supply, so ensuring stability from both fields is a welcome step towards securing energy demand.

Further, the Gambian Ministry of Petroleum and Energy has announced that it will be opening a mini-licensing round for Block A1 at Africa Oil Week on 8 November 2021. This follows the success of the licensing round for its drill sites in 2018.

At Africa Oil Week this week, critical dialogue will take place between industry stakeholders on how to maximise Africa’s future energy potential and drive energy access across her geographical boundaries.

As part of its agenda, the event will host the Future Energy Series: Africa Symposium: a dedicated VIP Programme, welcoming energy ministers and the private renewable and power sector for progressive dialogue on driving green economies and ensuring universal and sustainable power access for the continent.

Another initiative, the Africa Independents Forum, a dedicated transaction and deal-making platform for leading independents operating across Africa to present their active assets, drilling campaign updates, and JV opportunities across their portfolios, will be relaunched for 2021. It will feature presentations from organisations including ReconAfrica, FIRST E&P, Heritage Oil and Africa Oil Corp.