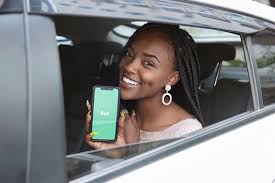 The move is part of Bolt’s green plan, which aims at offsetting carbon footprint by letting riders choose hybrid or electric vehicles and scooters.

“We are looking to roll out a green taxi category in South Africa in the next few months, and plan to roll out green categories in other African markets,” said Bolt’s regional director for Africa and Middle East, Paddy Partridge.

Kenya was the first African market where the mobility company launched its green plan by introducing electric tuk-tuks and e-bicycles in the food category in June this year. In March, it introduced hybrid and electric cars to provide its customers with greener transport options. Bolt has managed to go full green for its rides in Europe.

EV market share in Africa is projected to rise in the coming years thanks to green start-ups that are setting up manufacturing plants for EV production across cities in the continent.

While Africa’s automotive market has demonstrated the potential to shift to EV, the efforts are hampered by low demand, lack of reliable power, high taxes on EV components, lack of supportive regulatory frameworks and high electricity tariffs among others.