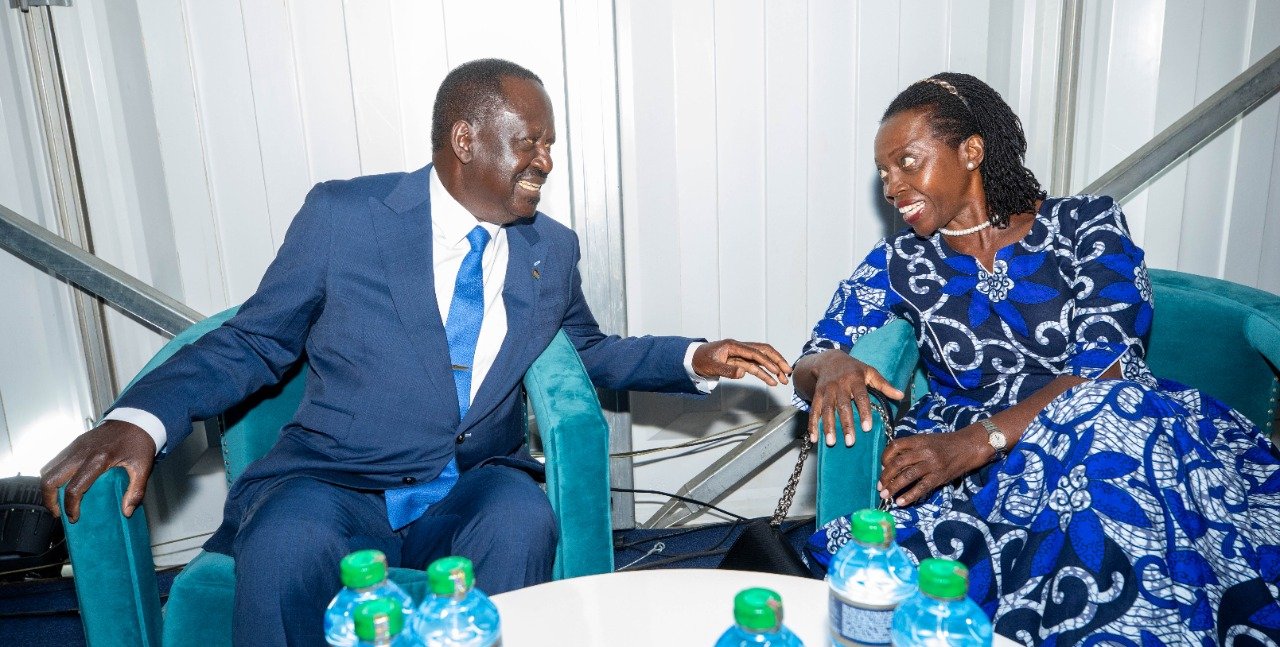 Azimio came up with their Manifesto. It sweeps through some parts, doubles down on others. The gist of it is growing the Kenyan economy. The Manifesto breaks itself down by sector. My interest was particularly piqued by The Digital Economy because what is a world without room for technology? The answer, for Azimio, lies in BIG DATA. Those colossal data sets analysed by computers to reveal human patterns, trends, and associations that like hot larva, keep erupting. The overarching plan for Big Data is to specifically jumpstart the digital economy (aka the internet-based economy or GDP share from the ICT sector.

By its very definition, a manifesto is a document that publicly declares how the person or group intends to transform. It has been criticised for being both too general yet too specific to the point of picomanagement. The Digital Economy pages, for instance, are quite general. They are also based on the back of the Kenya Digital Economy Blueprint (2019), a decidedly detailed document that is chapter and verse an illumination on the many ways a digital economy can be experienced. It defines the digital economy as “the entirety of sectors that operate using digitally-enabled communications and networks leveraging the internet, mobile and other technologies” irrespective of industry.”

The chapter dedicated to a digital government states that “In a digital economy, the role of government changes from being a service provider to be an orchestrator and moderator of the ecosystem.” Digital technologies will also allow the government to understand their citizens better, be more efficient with their services, create new solutions to existing policy challenges, and most critically, commercialise certain services and find ways to make money. So far, our ICT sector accounts for up to 8 per cent of the country’s GDP, and by end of 2021 was expected to create more than a quarter of a million jobs.

A government’s activities generate huge amounts of data daily. As it stands, there is already so much untapped Big Data in existence. Anything from NHIF, Kenya Revenue Authority taxation records, agriculture, traffic data to managing NSSF churns out a great deal of information in real-time. Big Data brings with it clarity in decision making, identifying what needs attention to implementation. Government decisions affect millions, and it is up to the government to make sense of the data that comes its way. It can use Big Data and analytics to unlock key information and improve transparency and efficiency in public management. Government agencies can benefit from implementing Big Data platforms by improving the way they utilise IT, discovering new capabilities and services, understanding correlations and trends in underlying data, and improving decision making.

Big Data and analytics encourage transparency, a quality we have not had the pleasure of enjoying through governments. And, the use of IT actually begets more use of IT. Inside Big Data lies new under-exploited opportunities such as the discovery of previously unthought services and capabilities. It might even generate unexpected ideas on how to address poverty. Strategic governance, tools, and citizen engagement say the World Bank, can “tackle fraud, corruption, generate administrative savings, and improve service delivery and policymaking processes, making them smarter, more accountable, and more responsive to citizen feedback.” But, and this is a big but; the government will need to walk that fine line between safety, privacy, and security with measured legal footprints.

Dalberg and Omidyar Network‘s study in August 2021 reaffirms what we already know with corroborating data; Kenya’s position as a “continental leader” when it comes to access to digital infrastructure. 65 per cent of Kenyans over the age of 15 have access to the internet and mobile penetration stands at 98 per cent. It speaks for the people – at least 2,456 households. It sheds insight into how Kenyans access and use digital services including the kind of “specific support” needed to enhance the quality and depth of citizen participation in the digital economy.

The report instructs the bridging the chasm that is the digital divide while deepening digital adoption, both requiring nuanced solutions that embraces the complexities of Kenyans’ diverse experiences and needs. An “understanding that can help the government, the private sector, and civil society develop targeted solutions that are more effective in addressing the root causes of exclusion and further strengthen ongoing efforts to enhance penetration and usage rates in the country.”

A digital economy relies on universal broadband access making infrastructure key. It is the thing that will connect us to our government. Azimio will have to work on the penetration of broadband connectivity aka Babaconnect all the while contemplating last-mile access solutions. It goes without saying that this will require Public-Private Partnerships (PPP). In the throes of grand ideas, the Manifesto briefly touched upon training as a competitive advantage. This is a good place to start not just with tools and technologies, but through mindset transformation. The former is quite different from digitisation. One speaks to the very essence of great change, the other speaks to documentation a la digitising records. Both matter, but transformation must take the lead. Change management and data science skills are the lifeblood of Big Data action.

The thing is, governments worldwide are angling to leverage data, spinning it into gold. Something Kenya cannot do without the private sector, academia, and civil society. Big Data will be generated through what the Manifesto identifies as a centralised data exchange – a gateway for government and its agencies to exchange data. Records will be held from birth to death with end-to-end documentation a la Estonia, or a comparison that never fails, Singapore.

Azimio’s Digital Economy builds on the legacy of the current regime with the intention of amping it up. There is a lot of work needed to shape digital transformation and create an environment that attracts talent, money, skills, infrastructure and turning the economy around. Perhaps somewhere underneath the woodwork lies a digital economy Dream Team or think tank working furiously on this trusting this will not be a revolution only on paper. At least I would like to think so.