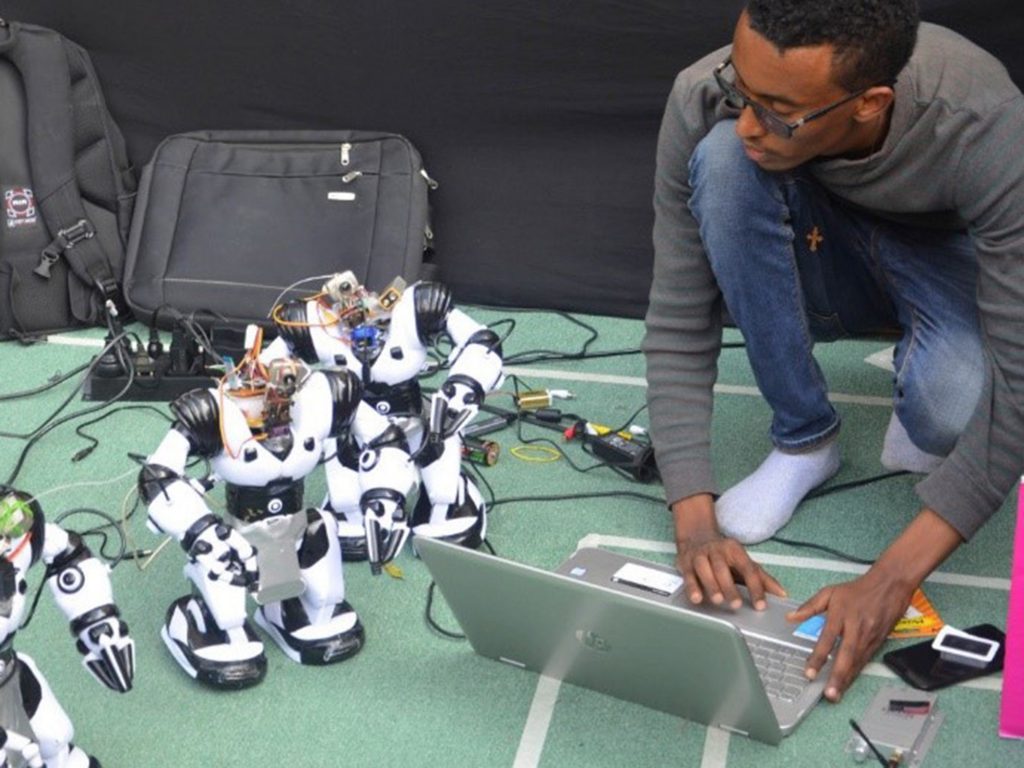 Africa, just like the rest of the world, is undergoing intense digital transformation. The transformation is happening so fast that the world is mostly catching up with it.

This period is taking the world to a phase where new technology is coming in to make lives a little better for us. The adoption of this technology is what’s taking time and most of us are playing catch up. In Africa, we have seen new technologies come into the system, among which is Artificial Intelligence.

Artificial Intelligence has been a topic of discussion for a long time, even way before Digital Transformation was a hot topic in the tech world. This is a topic that has been explored by many movie creators as they look for science fiction content. Today, we are living in a world where artificial intelligence is a reality.

In Africa, AI has been adopted by various countries and tech firms. A new report done by AI Media suggests that over 2,400 firms in Africa have listed AI as a specialty. The technological innovation has grown in the continent, but what has fueled its growth? What are the regions that have highly adopted AI and why?

For the analysis, AI Media used LinkedIn to assess company entities that have listed ‘artificial intelligence’ as a specialty. However, there are common trends among these regions which could explain why these countries are leading in AI adoption.

Here we look at why each region has been seen as a great adopter of the technology.

Egypt dominates this region which is mostly referred to as the MENA region (Middle East and North Africa). Tunisia and Morocco are also adopters of the technology from this region.

Let’s take the example of Egypt, it established a National Council for Artificial Intelligence and an African Working Group on AI which aims to develop a unified AI strategy for Africa. This comes out as support towards the technology hence its growth in the country.

Tunisia, on the other hand, is a special mention given its small size. It recently formed a dedicated country wide industry association focused on Artificial Intelligence namely the L’Association Tunisienne pour I’Intelligence Artificielle (ATIA). This system support as even fueled the growth of one of Tunisia’s pioneering start-ups, Instadeep, which recently closed the largest funding round of any African AI start-up securing a series B investment of $100m in January.

This shows that with the right support from the governments and setting up of systems to support AI, the technology can really grow in the country.

Eastern Africa is dominated by Kenya, closely followed by Tanzania, and Uganda. Just like the Northern region, AI has grown in East Africa as a result of governments setting up systems that will boost the technological innovation.

Kenya was the second country in Africa to publish a National AI strategy in 2019 entitles “Emerging Digital Technologies for Kenya” that considered Blockchain & AI as key enabling technologies. The Big 4 Agenda initiated by the current Kenyan government is also a useful benchmark for any emerging/frontier economy to consider as the analysis and action points are solidly centered on using 4IR technologies to eliminate corruption, streamline democracy, & elections, facilitate financial inclusion and improving service delivery.

Inevitably, South Africa dominates this region (and the continent) closely followed by Zimbabwe and Mauritius. Mauritius is a worthy of special mention as it was the first country in Africa to publish a National AI Strategy and has an attractive tech and investment ecosystem. While small, Mauritius is another example of a country punching above its weight in terms of ‘top down’ National Government support placing a high importance on AI & related 4IR technologies such as DLT/Blockchain.

South Africa, the leader, has one of the most developed tech economies and tertiary education systems in the
region and work is ongoing towards the creation of a National Strategy on AI via the submission of findings from the Presidential Commission for the 4IR made in January 2020.

However, South Africa (during it’s African Union Presidency) was instrumental in contributing to a pan-African “AI for Africa Blueprint” part of the SMART AFRICA initiative supported by the German Development Cooperation (GIZ) and the Smart Africa Secretariat.

Nigeria dominates in this region (No.2 on the continent) closely followed by Ghana and Cameroon. It is interesting to note that while Nigeria has no stand-alone national AI strategy, in November 2019 it published the National Digital Economy Policy and Strategy (2020-2030) that identified AI via its “Digital Society and Emerging Technologies” Pillar and through which it created The National Centre for Artificial Intelligence and Robotics (NCAIR).

This is perhaps one of the most successful and inclusive AI ecosystem models on the continent and one that caters for both highly ICT literate tertiary educated leaners and researchers as well as more marginalized learners who are not fully engaged or connected into the 4IR.