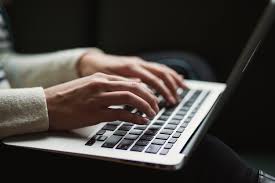 The Kenya Women Parliamentary Association (KeWoPa) and Google Kenya among other partners on Tuesday launched a video campaign calling on the public to avoid and curb online abuse and harassment as well as physical violence against female politicians.

In their messages, the leaders call on both the public and political contenders to be tolerant and accommodative towards each other on the political stage, regardless of gender, religion, tribal affiliation or any other perceived differences.

In her speech during the #HeshimuDada video campaign launch, Hon Gathoni Wamuchomba, the KeWoPa chair emphasized the important role technology can play to empower people who are likely to be victims, thereby helping to prevent online abuse and harassment and even violence against women online.

“KEWOPA has been mobilising its members, partners and resources to build the capacity and resilience of its members and to inspire up-and-coming women leaders to deal with these challenges as we go into the General Election on August 9,” stated Hon Wamuchomba in a speech read on her behalf by Mercy Mwangi, the head of the KeWoPa Secretariat.

“The climax of these efforts is a video campaign under the hashtag #HeshimuDada – respect women – that KEWOPA is releasing today featuring leading women in a rallying call for peace and a cessation of violence in all its forms, including violence against women in politics.”

As part of #HeshimuDada, KeWoPa members and women politicians are equipped with online safety tools and skills to help them mitigate the impact of online trolls and cyber-bullying. Members have also been trained on how to use Harassment Manager, an online tool which reviews tweets based on hashtag, username, keyword or date, thereby enabling users to detect toxic and harmful comments and mute or block perpetrators of harassment and hide harassing replies to their own tweets.

The KeWoPa chair noted that the Gender Gap continues to disadvantage girls and women, with the gender gap index score in Kenya rising to 0.69 in 2021, indicating that females were 30 per cent less likely to have the same opportunities as males in the country.