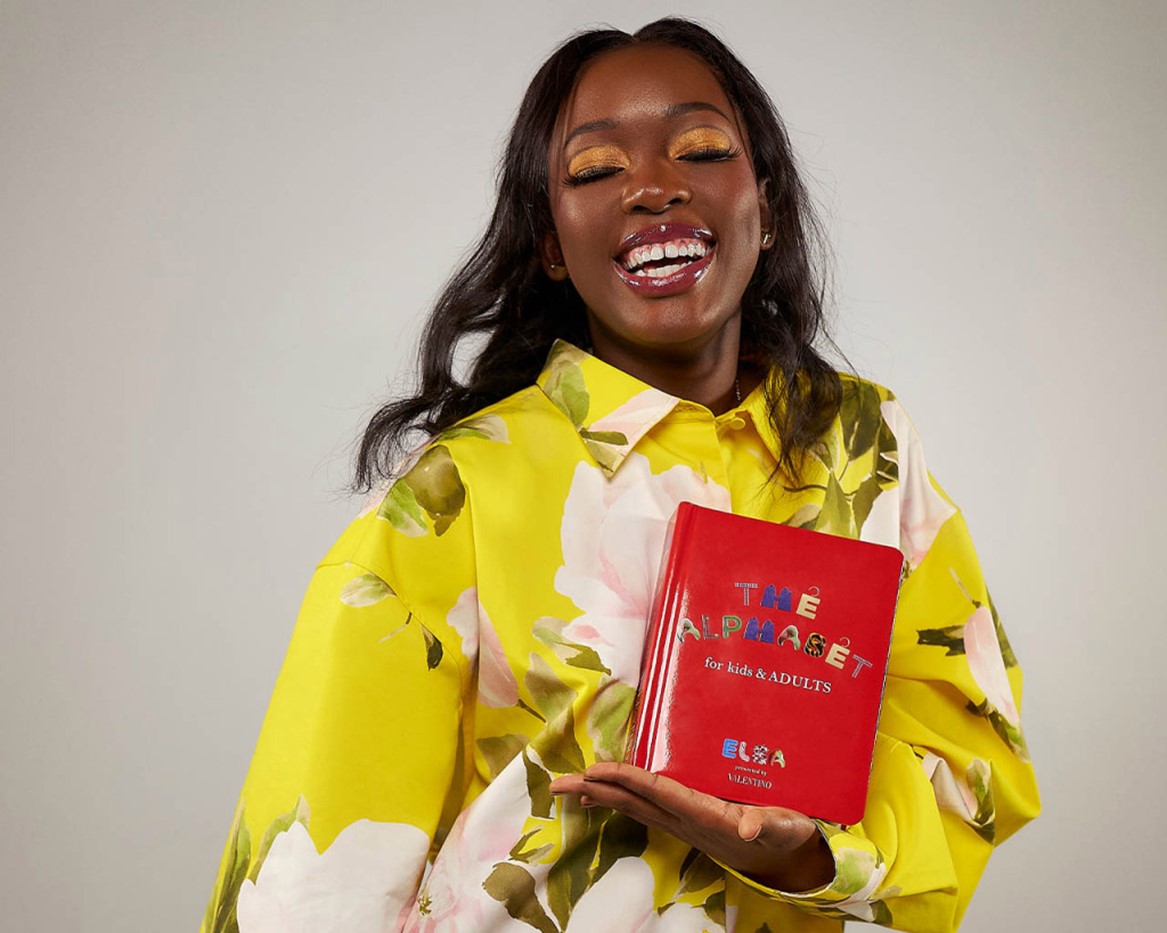 Elsa Majimbo, the 19-year-old Kenyan internet sensation, rose to fame during the global COVID -19 pandemic. With quarantine and self-isolation regulations enforced across the globe for much of 2020, Elsa’s comedic monologues – which featured her wearing trendy sunglasses and munching on potato chips – provided a refreshed sense of entertainment. From “It’s not a mistake” and “It’s a pandemic!” satirical videos, which other online users soon recreated, to the global sensation that she has risen to become today, Elsa has not only found a way to continue to entertain the world but has also shown a relatability to her personality that the world simply cannot get enough of

Between June 2020 and June 2021, Elsa Majimbo has received over 42,000 global social media mentions and has had more than 1 300 news articles written about her worldwide. In her own words, “it’s not a mistake” that the world adores Elsa, and much can be learned from the social media star.

One of the keys to success for any brand in today’s digital age is working with the right influential figures, and Netflix highlighted this when promoting their hit show, The Queen’s Gambit, which aired in October 2020. During this month, the reach of global social media mentions was 225 Million as the show gained popularity, topping the U.S. streaming charts. However, what the world didn’t know is that Elsa Majimbo is the real-life Beth Harmon.

As the top social media post in January 2021, Netflix showcased Elsa’s chess talent in a Twitter post that received 669,300 views, garnered a global social reach of 10.5 Million, and received a total engagement of 21,200. The tweet was also retweeted by other international influencers such as the YouTube sensation James Charles and Kenyan correspondent for BBC Africa Ferdinand Omondi.

With over 32,000 global social media mentions of Elsa in relation to The Queen’s Gambit during January 2021, the world was genuinely curious to learn more about Elsa being a true chess champion. Following the Twitter post from the official Netflix account, as well as Strong Black Lead, that featured Elsa, Kenya led most of the global social media conversations as users within the country reacted to the post.

Further analysing these global online mentions, the data found that on the 22nd of January 2021, posts that mentioned “Elsa Majimbo” and “The Queen’s Gambit” received a positive sentiment score of 97 per cent, the majority of which were applauding and warmly reacting to Elsa being a 15-time chess champion.

Reactions to the Netflix post on Twitter accounted for most of the positive engagement, receiving comments such as “Lol I like this babe!! I’m so happy for her” and “I love it. 🥰🥰”. Other posts that contributed to the positive sentiment were related to users being proud of Elsa’s rise to fame and the inspiration she is to others, particularly young girls.

The negative sentiment found throughout the month of January were not directly related to Elsa being a chess champion but is due to Natural Language Processing attributing comments related to Elsa not being funny as negative.

Global Sentiment, in Percentage, on “Elsa Majimbo” and “The Queen’s Gambit” between 1 January and 31 January 2021

Taking another close look at the online mentions of “Elsa Majimbo” and “The Queen’s Gambit” mentions during January 2021, some of the trending themes that emerged from the analysis included:

Netflix leveraged on Elsa’s chess accolades and the authenticity of her ability to play chess. Utilising Elsa’s chess talent to help give exposure to their hit series The Queen’s Gambit, the collaboration between Elsa and Netflix aided in the success of boosting awareness for the show. When brands optimise on the innate skills of the influencer, this means that brands can work with knowledgeable individuals to get the right exposure and gain a higher social reach.

As Elsa Majimbo has gained popularity on social media, brands and high-profile celebrities have started to take notice of the budding internet sensation. With links to Rihanna, Beyonce, and Naomi Campbell, Elsa is well on her way to becoming a celebrity. However, in spite of the buzz surrounding her, Elsa still remains authentic in the delivery of her content and personality.

Elsa Majimbo has had a consistent social reach of more than 1 million across various social media platforms since June 2020, with her online presence and influence most prominent on Twitter. With a verified account and follower base of more than 300 000, her @ElsaAngel19 Twitter account has been a continuous source of entertainment for many who have watched her rise. As News24 reported, it certainly isn’t a mistake that she has become a social media sensation.

As featured by Ndini Media during Women’s Month in March this year, Elsa was highlighted for being an example of what happens when one lives unapologetically and remains consistent in who they are, a lesson that brands can learn from Elsa if they want to be real and authentic on social media.

In an article from The Guardian, Elsa shared how the persona you see in her videos is her true self and not an act that she puts on, and the 9 per cent positive sentiment that the data found in relation to online mentions on “Elsa Majimbo” relate to users being supportive of the content she has been sharing, emphasising how Elsa has “identified her market and did her thing.” One such market is South Africa, where Elsa has thanked South Africans for her “meteoric rise”, as reported by The Citizen. She has since been interviewed with a number of local South African news publications and has worked with local brands to continue sharing her message of living authentically and boldly, as she did with Castle Lite’s #TheLiteShow.

Despite the 78 per cent neutral sentiment towards social media mentions on “Elsa Majimbo”, the 13 per cent negative sentiment that the data found was due to online users commenting on the lack of support that Elsa receives, particularly from Kenyans. The data also found that users don’t consider her content as comedic, conversations around colourism, and questioning the authenticity of her 15-time chess champion claim.

However, the backlash that Elsa received has not stopped her from continuing to share her personality with the world through her satirical videos, social media updates, and collaborations.

The lesson for brands? If you want to be successful, find a way of capturing the attention of your audience by showing off your brand’s personality through authentic and meaningful engagement. This means learning who your audience is, understanding how you can provide value, and using the right tools to help you gain the actionable insights needed to be consistent and improve your overall brand.

While Elsa’s rise came as a result of lockdown due to the global pandemic, her trajectory hasn’t slowed down as she recently co-wrote a book for Italian luxury fashion house, Valentino. Hints of a possible collaboration were first shared on 19 February 2021 from the official Valentino Twitter account, and the data found the number of social media mentions on “Elsa Majimbo” and “Valentino” to be more than 2 000 and the social reach of these mentions were over 18 million on the day worldwide.

Some of the top global locations where these mentions have been tracked are the USA, Colombia, Kenya and Tanzania. In Africa specifically, Kenya was the top country (65%) to contribute to all social media mentions surrounding the collaboration, with South Africa coming in second (16%).

Mentions from Kenya included Opera Breaking News outlining Elsa’s successful one-year journey, a Twitter user sharing Elsa’s quote “Not all heroes wear capes. This one wears Valentino,” and online blogs highlighting her wins. In South Africa, fans of Elsa positivity reacted to news of the collaboration, as one Twitter shared.

As @AfricanFactsZone shared on Twitter, Elsa has risen to great heights with the awards, collaborations, and celebrity associations she has amassed since 2020. But what is next for the social media superstar?

According to an interview with The Native Magazine, Elsa is building an empire, one that includes moving to Los Angeles in the coming months and developing her debut Hollywood series. For brands, this is a lesson in long-term marketing and goal setting, to achieve sustainable growth where consumer loyalty is better encouraged and your brand stands out from the crowd. Elsa has managed to create a brand for herself, one that is relatable, authentic yet stays top of mind when you hear the phrase “It’s a pandemic!”

Elsa, and her satirical monologues have captured people’s attention, and she has been able to scale that through the work she has attained through collaborations and brand work. Brands can certainly learn a thing or two (or three) from the chip-crunching, sunglass-wearing superstar that is Elsa Majimbo.