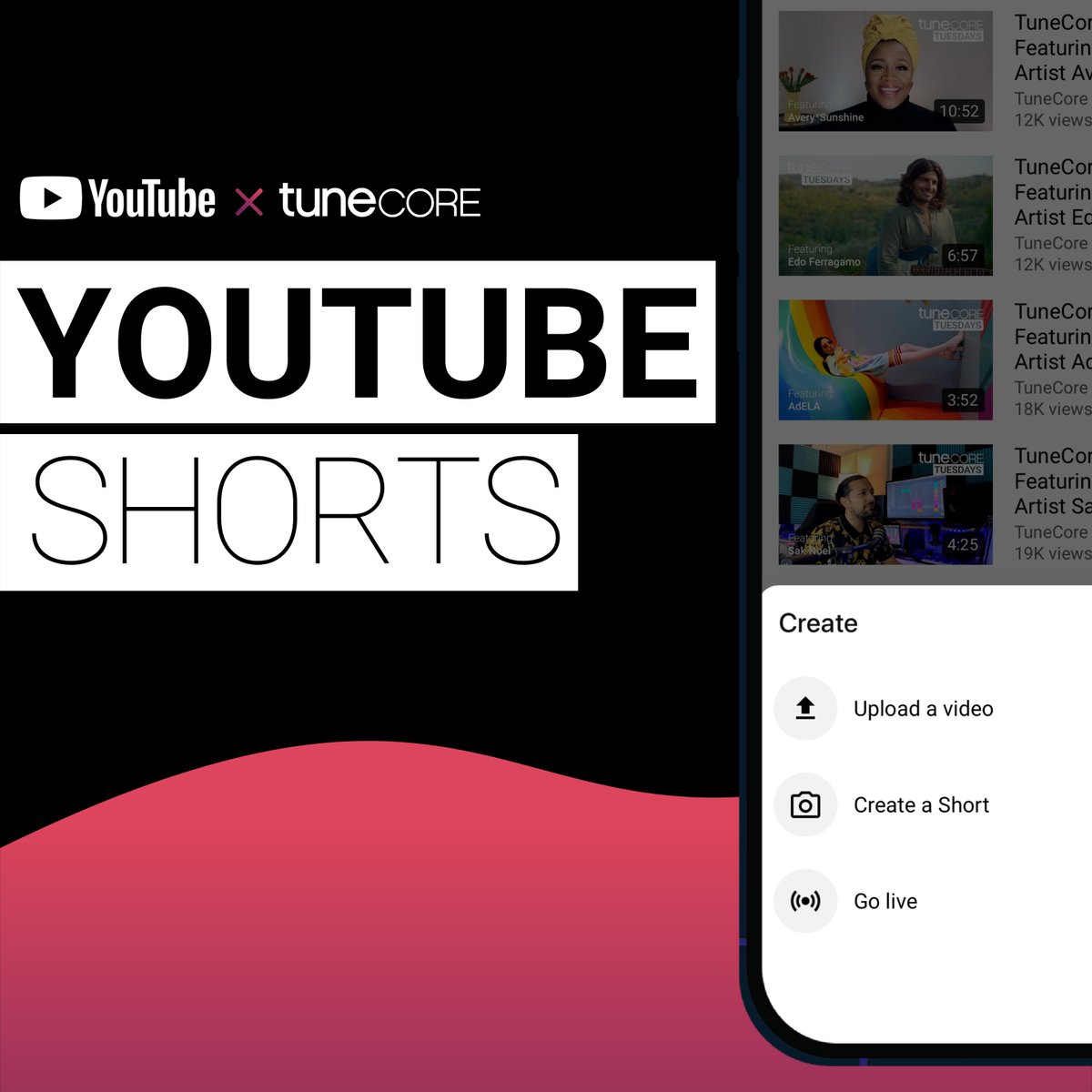 Leading independent DIY digital music distributor TuneCore and parent company, Paris-based digital music distribution leader and artist development company Believe have partnered with YouTube to provide music for the Shorts platform. YouTube Shorts is a new short form video experience for artists and creators, who use mobile phones to shoot brief 15-60 second videos. The platform initially arrived in the US in beta back in March and was rolled out to all US-based creators this month with more tools and countries to follow.

As a key music partner to YouTube, Believe and TuneCore’s vast roster of music has been included in the YouTube Shorts music library made available to creators to include in their videos. When creators use a song clip for their short video, the music is linked to the artist’s full length song, music video and bio on YouTube proper. Viewers are able to go directly to the artist’s videos on YouTube as well as to the artist’s YouTube channels.

Commented Todd Sherman, Product Lead for YouTube Shorts, “[With YouTube Shorts, we launched] the ability to use audio from videos across YouTube – which includes billions of videos worldwide – unlocking a new playground of creativity like never before.”

Romain Becker, President of Label & Artist Solutions, Believe stated, “The advantage we are bringing to Believe and TuneCore artists is clear – fans can immediately connect to artists whose music they like without leaving the platform, thus allowing music to be discovered organically.”

YouTube Shorts enjoyed a successful initial trial run in India, where other short form video services are banned. The trial resulted in over 3.5 million views per day, and since expanding the program, the YouTube Shorts player has surpassed 6.5 billion daily views globally. The company recently announced the YouTube Shorts Fund, a $100M fund for creators.