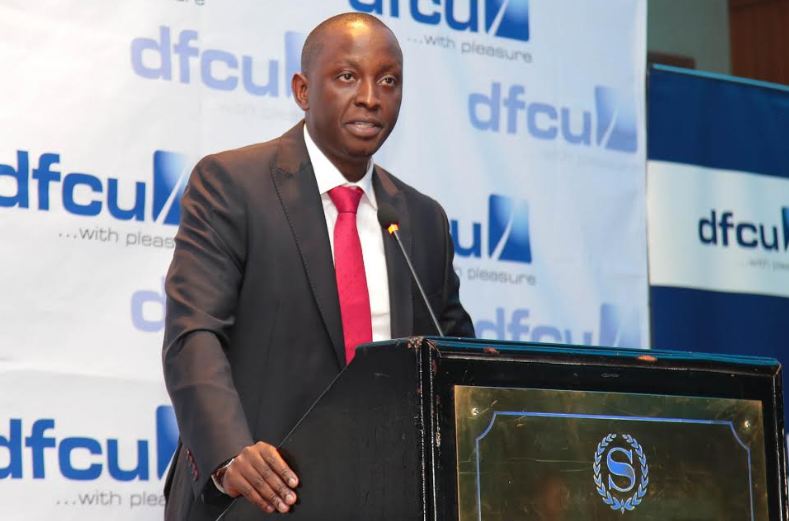 William Sekabembe has been appointed as the acting chief executive officer, dfcu Bank, replacing Mr. Mathias Katamba, who left the position last week. Sekabembe is also the Bank’s Managing Director, according to an announcement made by the dfcu Group Chairman, Mr. Jimmy Mugerwa this week.

“The Board of Directors of dfcu Limited informs its shareholders and the public that Mr. Mathias Katamba, Chief Executive Officer and Managing Director of dfcu Bank Limited, a subsidiary of dfcu Limited, has tendered in his resignation to the dfcu Bank Board, effective January 31, 2023,” Mugerwa’s statement reads in part.

Mr. Mugerwa added that dfcu Bank Board of Directors has accepted Katamba’s resignation and is in the process of identifying a replacement.

Mr. Sekabembe currently serves as the current dfcu Bank executive director, a position he has held since August 2016.
He has held various roles within dfcu Bank, including head of development and institutional banking.

Mr. Mugerwa confirmed that in the meantime, Sekabembe will be serving as the CEO in the interim role.

Sekabembe is a seasoned banker with 22 years of banking experience, and extensive knowledge in retail and business banking, credit risk management, and product development.
He has worked with several leading financial institutions in Uganda, including as head of products at Stanbic Bank Uganda and head of distribution at Barclays Bank Uganda (now Absa Uganda).

Mr. Katamba last week wrote to dfcu bank, saying he was resigning his position as dfcu Bank CEO and is expected to leave by January 31. He joined dfcu from Housing Finance Bank on January 2, 2019.

Mr. Katamba replaced Mr. Juma Kisaame, whose contract had expired after serving dfcu for 11 years. Mr. Kisaame joined dfcu Bank after the Bank of Uganda (BoU) liquidated Crane Bank assets, which elevated its position in terms of profitability and assets as dfcu Bank.