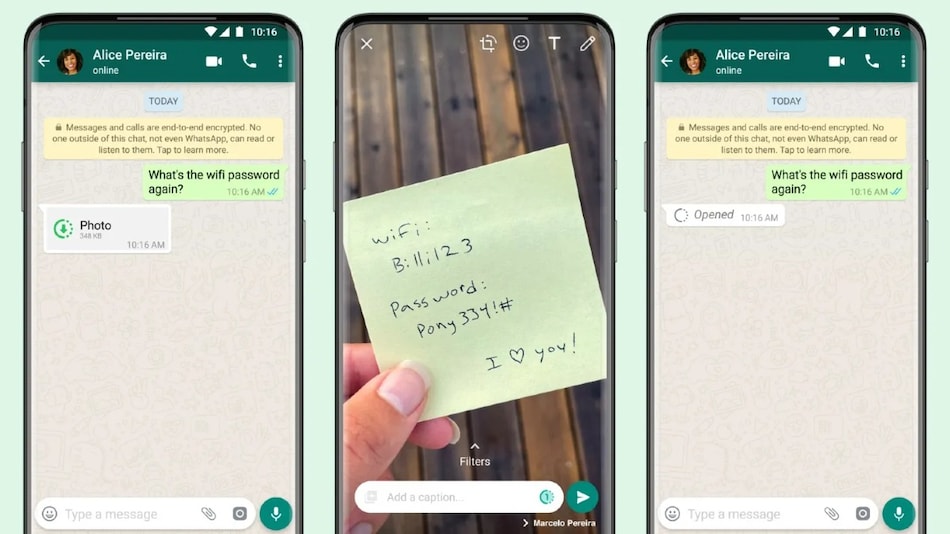 WhatsApp is borrowing a page out of Snapchats personal playbook. The Facebook owned social media giant will be adding a new disappearing photo and video option, which will see these visual elements auto-erase after they’ve been opened, providing another privacy option for users.

Whatsapp, despite doing the same thing Snapchat did, only 10 years later, is on the verge of redefining what they would like privacy on their platform to feel like. When sending a photo or video, you can make it view once by tapping the “1” button to the left of the send button.

After the recipient opens it, it’ll be deleted. The recipient will be able to see that it’s a disappearing photo, so it’s still the type of thing you’d only want to use for people you trust to not take a screenshot.

As an example of how the feature could be used, WhatsApp uses the example of sending a photo of sensitive information, like a Wi-Fi password. Of course, there are perhaps other less wholesome uses for this kind of feature.