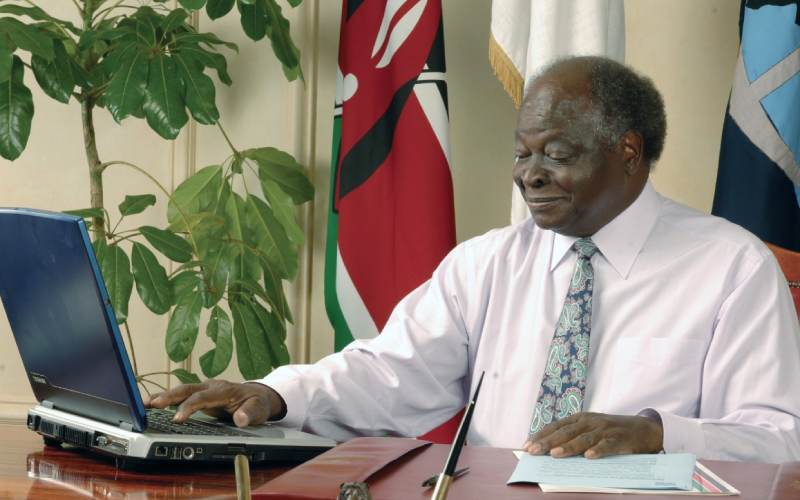 Former Kenyan President Mwai Kibaki, who died last week, is credited with turning the economic fortunes of the East African countries during his reign from 2002 to 2013. Kibaki also came up with several initiatives that impacted the technology landscape in Kenya.

During his tenure, his government came up with The Vision 2030 economic blueprint which paved way for the establishment of the Konza technopolis city project to create a hub of technology innovation in Africa.

On financial inclusion, mobile money services developed by telcos propelled the number of Kenyans who had access to financial services from less than a million in 2002 to more than 20 million people by the end of 2021. Kenya’s famed mobile-money service M-Pesa which was launched in 2007 currently has 30 million active monthly users in Kenya.

Between 2002 and 2006 the number of mobile phones in Kenya increased from one million to 10 million. 30 million Kenyans are using mobile phones.

Kibaki also left a mark on Kenya’s education sector. He expanded access to university education. When he took office, Kenya had only six public universities. When he left in 2013 the number had grown to 22. This allowed more students to pursue computer-related courses thereby reducing the shortage of IT personnel in Kenya.