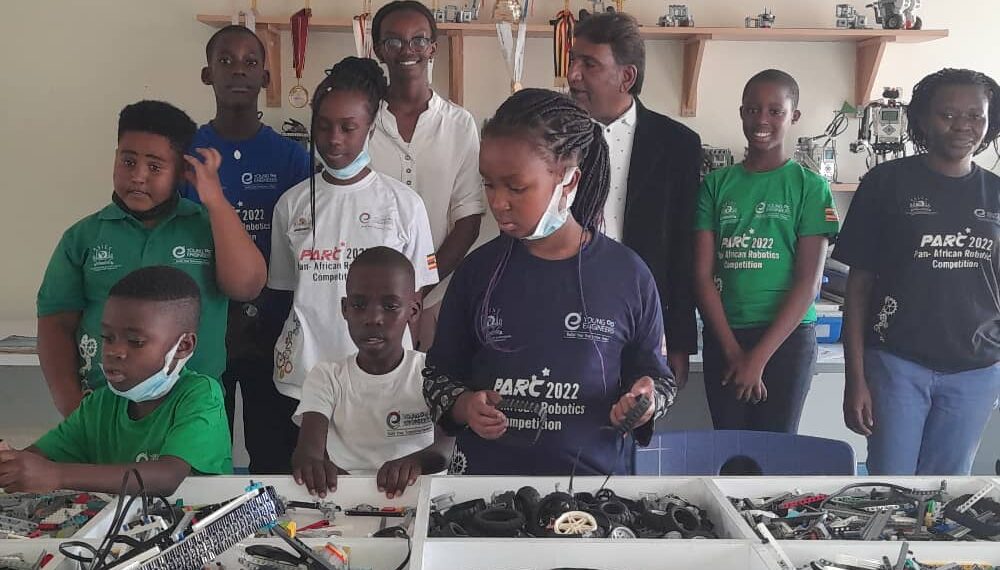 Uganda Young Engineers have been invited to participate in the World Robotic Championship in Dallas, Texas, in the United States of America from April 25 to May 4, 2023.

“The mission of this Education program is to nurture the next generation of Uganda scientists, innovators, problem solvers, and creative thinkers – using a LEGO and Robotics after-school curriculum,” said Dan Mantz, CEO of Robotics Education and Competition Foundation to Young Engineers Uganda.

He said Uganda VEX Robotics team 40155A has been invited to the US for the 2023 VEX Robotics World Championship, presented by the Northrop Grumman Foundation in Dallas, Texas, from April 25 to May 4, 2023.

“In addition, to competing in this prestigious event, there are several schools and educational institutions in the region that the team may be interested in visiting,” he added.

Writing to the Embassy of the United States Consular Services in Uganda on December 20, 2022, Matnz said the Ugandan team needs Visas because the VEX Robotics World Championship presented by the Northrop Grumman Foundation is the culminating event of the robotics season and unites the top student-led robotics teams from around the world, to celebrate their accomplishments and to compete as we seek to crown World Champions.

“The experience is designed to motivate young people to pursue education and career opportunities in science, technology, engineering, and math while building self-confidence, communication, and problem-solving skills,” he further added.

Arinaitwe Rugyendo, the Young Engineers Uganda Founder, said out of the 18 competitors on their team, eight are girls, a move that is in line with one of their missions to place as many young girls as possible onto the STEM Education grid.

“Team Uganda made the country proud in July 2022, when they won a bronze medal at the Pan African Robotics Competitions (PARC 2022) in Dakar, Senegal”, said Arinaitwe.

He said the children came fourth on the continent and number one in East Africa, in a competition that drew 30 countries together from July 1 to 5,2022.

“The competition was held under the theme: “Sustainable Impact” and participating students from the entire continent, were challenged to create robotics and drone solutions for climate change adaptation, hunger, water, sanitation, and transport in Africa”, he added.

He added that participating students in Dakar got a unique opportunity to learn how to use science and technology to find innovative solutions to societal problems.

“Participating teams received free robotics kits while winners were placed on a pedestal for potential scholarship opportunities in different technology institutions around the globe”, he further said.

According to Arinaitwe, Uganda has been placed under VEX IQ category where they will compete in the competition themed: “Slapshot”.

” VEX IQ Competition Slapshot is played on a 6′ x 8′ rectangular field. Two robots will compete in the ‘Teamwork Challenge’ as an alliance in 60-second-long teamwork matches, working collaboratively to score points, he explained.

Ms. Allen Nanyonjo, Head of STEAM at Young Engineers and also Head Coach -Team Uganda, said the objective of the game is to score as many points as possible with the alliance partner by scoring Discs in Goal Zones, removing Discs and touching Contact Zones at the end of the Match.

“Our students are supposed to build a robot that can slap or shoot the discs into the goal zones,” she said.

She adds that; the world faces a serious problem and without explicit and intentional action, we will eventually stagnate global progress and lead to a workforce that is unmotivated and ill-equipped to solve its future problems.

“As the world grows more technologically complex, the challenges become more complex leading to an acute need of problem solvers. That is what we intend to achieve with our children at Vex Robotics Championship 2023,” she added.