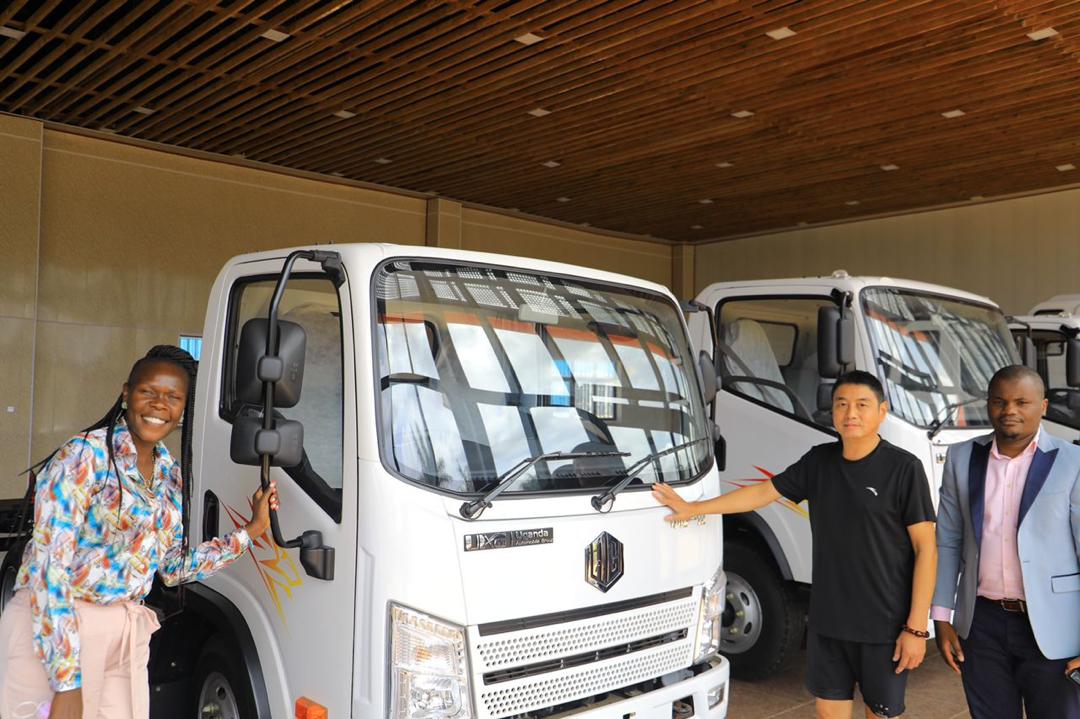 A less fuel consumption car plant has been unveiled at Uganda’s major industrial park, at Namanve on the outskirts of Kampala City. Evelyn Anite, the State Minister for Privatisation and Investment, while unveiling the plant recently, lauded the company for availing the country with a timely product that not only reduces the volume of used imported cars in the country but also makes fuel-friendly cars.

“We welcome this initiative because it directly answers the challenge that we have as a country on fuel costs,” she said. Minister Anite pointed out that besides providing jobs for Ugandans, the initiative will also go a long way in helping the country in reducing the high volume of very old and yet expensive imported cars to Uganda. The development is part of the country’s initiative to promote home-generated products and services which are manufactured, promoted, and sold under the Buy Uganda, Build Uganda initiative (BUBU). The BUBU drive is among others meant to encourage the uptake of domestically made products as a means of promoting local talent and finding a remedy for unemployment in the country.

In his remarks, Company Director Anthony Liu revealed that the cars manufactured at the plant will not only be fuel-efficient but also be installed with state-of-the-art equipment meant to reduce carbon emissions, thus sustaining quality air in the country.

“We are going to sell our cars just at the same rate as those that are at used car prices. For instance, the pick-up double is just $35,000 with zero mileage,” Liu said. He said the company has already made 32 large trucks and 32 pick-ups adding that the cars are built on well-researched technology that will not only ensure that the country gets economically viable cars but with a long life span as well.

“Because we have very trusted technology, in the future we want to make the country’s cheapest brand new cars in Uganda and the region of East Africa,” Liu added. In addition, the company manufacturers air filters, oil, and fuel filters under its subset brand known as the Uganda Filtration Technic Company Limited located at the Mbale Industrial Park, in Eastern Uganda. The filters prevent the engine from premature abrasion, moisture, de-humidification, and no affection to air inhalation.

In the same branch of the company, the research unit is set up to mainly absorb more Ugandan students as a means of widening the pool of experts in the line of work in the country. “We may not be able to make most of the spare parts here but we believe we can make glasses and tyres. We look out for any Ugandan factory that has these materials and once they are tested to be fit for the cars we make, then we will definitely take them up,” Liu further said.

The company intends to roll out the product to other parts of the country. Among the long-term plans that the company has to accommodate intern students from both vocational institutions and universities in the areas of information technology, computer science, and mechanical engineering among others.

“When these come, we will train them in all the sectors and through the entire production line of the cars,” Liu said before adding, “This is meant to expand the knowledge base in this area so that the same can be used in other factories.”

He further stated, “We trust that once we train as many Ugandans as possible then, the same labour force can be embraced and applied in local companies like the Kira Motor vehicles.” With this development, Uganda joins her counterparts in the East African Community which among others include Rwanda and Kenya, that have since engaged in high-end initiatives and programmes to meet the demand for modern and brand new motor vehicles.