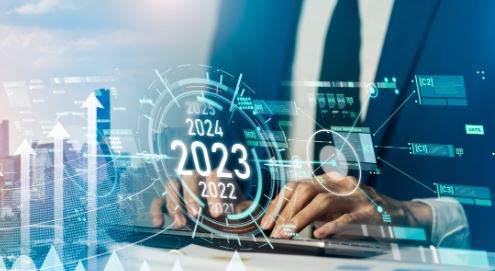 Cyber incidents, such as IT outages, ransomware attacks or data breaches, ranks as the most important risk globally for the second year in succession according to the latest findings of the Allianz Risk Barometer.

Cyber incidents also rank as the top peril in 19 different countries, among them Madagascar, Mauritius, Morocco, France, and the UK. It also ranks as a top three risk in Kenya (#2), Nigeria, South Africa, and Tanzania. It is the risk that small companies below $250m annual revenue are most worried about.

“For many companies, the threat in cyberspace is still higher than ever and cyber insurance claims remain at a high level. Large companies are now used to being targeted and able to repel most attacks. Increasingly, we see more small- and mid-size businesses impacted who often tend to underestimate their exposure. They all need to continuously invest in strengthening their cyber controls,” said Shanil Williams, AGCS Board Member & Chief Underwriting Officer Corporate, responsible for cyber underwriting.

According to the Allianz Cyber Center of Competence, the frequency of ransomware attacks remains elevated in 2023, while the average cost of a data breach is at an all-time high at $4.35m and expected to surpass $5m in 2023.

Notably, the conflict in Ukraine and wider geopolitical tensions are heightening the risk of a large-scale cyber-attack by state-sponsored actors. In addition, there is also a growing shortage of cybersecurity professionals, which brings challenges when it comes to improving security.

For businesses in many countries, 2023 is likely to be another year of heightened risks for Business interruption (BI) because many business models are vulnerable to sudden shocks and change, which in turn impact profits and revenues.

Ranking number two globally and in Africa and the Middle East, the survey shows that BI is the number one risk in countries such as Cameroon, Brazil, Germany, Mexico, Netherlands, Singapore, South Korea, Sweden, and the US. It also ranks in the top three risks in Ghana, Morocco, and South Africa and sixth in Kenya.

The scope of disruptive sources is wide. Cyber is the cause of BI companies’ fear most (45 per cent of responses); the second most important cause is the energy crisis (35 per cent), followed by natural catastrophes (31 per cent).

The Allianz Risk Barometer is an annual business risk ranking compiled by Allianz Group’s corporate insurer Allianz Global Corporate & Specialty (AGCS), together with other Allianz entities, which incorporates the view of 2,712 risk management experts in 94 countries and territories including CEOs, risk managers, brokers, and insurance experts. Respondents were questioned during October and November 2022. The survey focused on large- and small- to mid-size companies.

Respondents were asked to select the industry about which they were particularly knowledgeable and to name up to three risks they believed to be most important. It is being published for the 12th time.