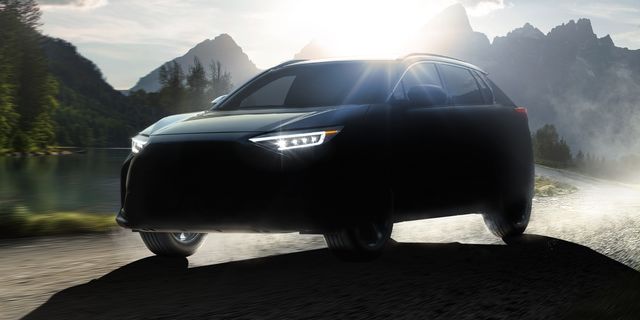 Subaru has leapfrogged a number of car-makers such as Mazda, and Nissan, which have been suspiciously absent from the electric car market. Subaru have released a pair of teaser images of its first electric car, which will be called the Solterra EV. The release date for the car has been set to 2022.

In true teaser fashion, the images don’t show off too much. One, which appears to be more of a rendering than an actual photograph, reveals that the EV will roughly look similar to Subaru’s other SUVs. The other is a close-up of the rear badge, with a subtle splash of mud as a nod toward Subaru’s outdoorsy bona fides and possibly their rallying heritage.

That’s all Subaru is saying for now, though. No pricing, no specs, and no information about whether Subaru will use the Solterra as a chance to refresh the way it designs its vehicle interiors. The only other detail Subaru shared is that the name “was created using the Latin words for ‘Sun’ and ‘Earth’ to represent Subaru’s commitment to deliver traditional SUV capabilities in an environmentally responsible package” — which, as far as corporate naming conventions go, is kind of refreshingly harmonic.