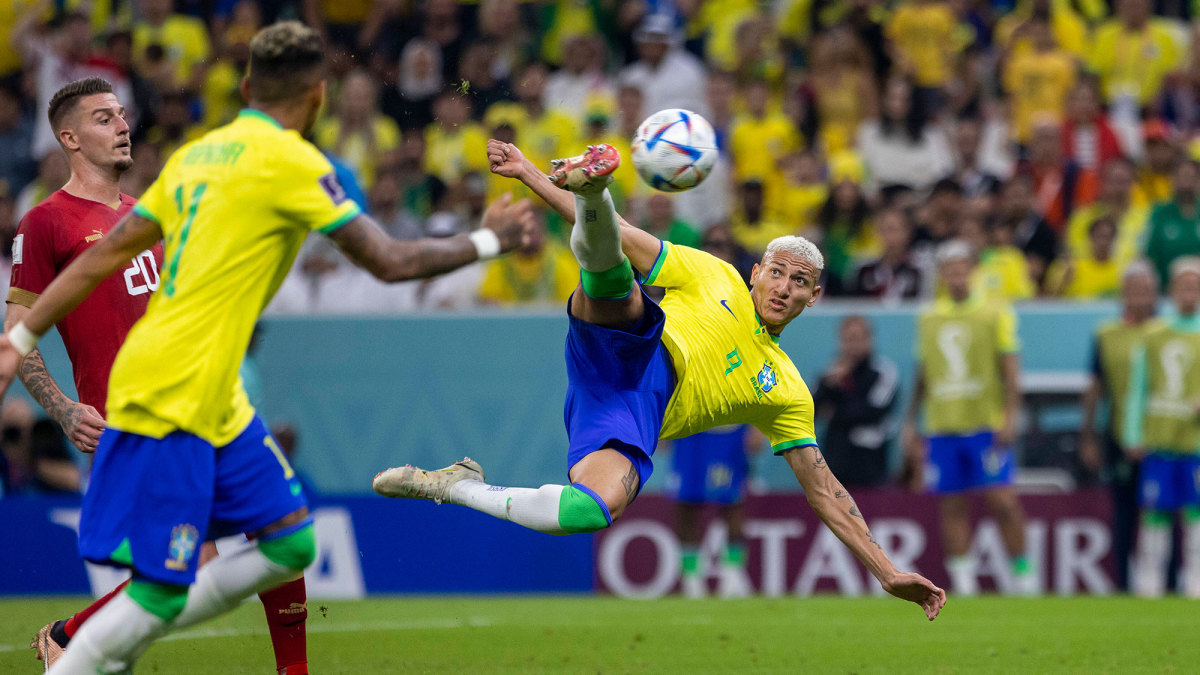 The best moment of the World Cup so far. Technology has been a crucial part of the tournament

The 2022 World Cup is happening in Qatar and has attracted the interest of many people from across the globe. This edition of the tournament has also incorporated technology to better the game and its officiating.

This is the first World Cup that has employed the best version of a ball-tracking mechanism. All tournament long, match balls will contain a sensor that collects spatial positioning data in real time. This, combined with existing optical tracking tools, has made VAR (video assistant referees) and programs like offside reviews more accurate and streamlined than they have ever been.

Combining these two forms of tracking has long been a holy grail of sorts in technology circles, and FIFA’s use of the ball sensor in particular will serve as a highly public test case over the tournament.

The setup that has been used at the World Cup is both an endpoint and the foundation of a whole new era. Years of research and testing were needed to get here — the ball sensor, for instance, was in development and testing for six years before receiving full FIFA certification.

Which Technology Is Being Used?

FIFA’s application of technology at the 2022 World Cup has been done on several different aspects of the game. The semi-automated offside program is one that’s largely run by AI features, but retains a vital element of human confirmation.

Within every match ball is a device designed by KINEXON, a major player in the performance-tracking world across several sports. Per the company, this device weighs 14 grams (just under 0.5 ounces), and actually houses two separate sensors operating simultaneously:

So any time the ball is kicked, headed, thrown or even so much as tapped, the system picks it up at 500 frames per second. Data is sent in real time from sensors to a local positioning system (LPS), which involves a setup of network antennas installed around the playing field that take in and store the data for immediate use. When a ball flies out of bounds during the course of play, and a new ball is thrown or kicked in to replace it, KINEXON’s backend system automatically switches to the new ball’s data input without the need for human intervention.

KINEXON’s in-ball device is supported by suspension technology provided by Adidas, designed to house the sensor at the central interior point of the ball and keep it secure in a consistent location

Paired with this ball sensor is optical camera tracking from Hawk-Eye, a system well known for its work in tennis. Twelve Hawk-Eye cameras are set up around the stadium, tracking both the ball itself and each player 50 times per second. Twenty-nine separate points of the body are tracked for players, including limbs.

When combined, these two data sources allow for offside decisions that are not just highly accurate, but also available much faster than in the past – a major priority for FIFA in this World Cup cycle.

Data from both KINEXON and Hawk-Eye is run through artificial intelligence software that’s programmed to generate automated offside alerts to officials in the match’s video room. Instead of manually combing through plays, a time-consuming process, AI programs auto-generate alerts that can then be confirmed by video match officials.

The software also generates 3D renderings of the spatial data, which will be overlaid onto TV broadcasts and in-stadium monitors to give fans a direct look at how each reviewed call was decided.