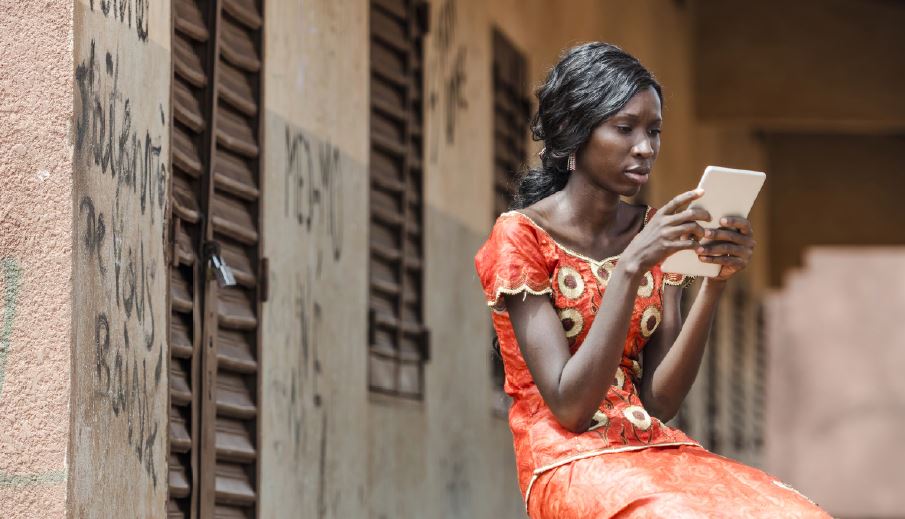 Digital devices and services have improved the daily lives of 84 per cent of Kenyans – while nearly one third said that it had boosted their incomes. These are among the key findings of a unique cross-country survey. It provides a comprehensive and timely assessment of how Kenya’s aggressive investments in core digital infrastructure is having an impact at the level of individual Kenyans.

“With Kenya now embracing its digital economy as the foundation for creating an empowered society, it’s critical to capture how that is currently playing out in the everyday digital experience of Kenyans across the country,” said Naoko Koyama of Dalberg Advisors. Naoko is the lead author of a report Kenya’s Digital Economy: A People’s Perspective which has been funded by the Omidyar Network. “Given Kenya’s role as a regional leader in digital penetration and usage, we recognise the importance of capturing Kenyan’s perception on access, usage and impact of digital devices and services on their social and economic lives,” she added.

The report is based on responses to a nationally representative survey conducted between November-December 2020 of more than 2,400 Kenyans.

The report is based on responses to a nationally representative survey conducted between November-December 2020 of more than 2,400 Kenyans. This survey offers a “people-centred” perspective that can be used by stakeholders to understand where to direct new investments. It also gives direction on how to develop relevant policies that can accelerate Kenya’s next stage of digital development, one that can boost the livelihoods of Kenyans across the country at all income levels.

Despite the country’s indisputable digital transformation, the study revealed critical areas that if addressed would further deepen Kenyans’ participation in the digital economy.

– Efforts to address digital safety concerns are becoming an increasingly important factor in supporting Kenyans’ embrace of digital services. Many Kenyans are concerned about digital fraud and 30 per cent report they have experienced it. 71 per cent of small business owners and self-employed people say concerns about digital fraud limit their usage of digital services for business.

– Additionally, the study finds that greater user awareness and more robust redressal mechanisms are needed to enhance users’ protection. However, regulatory changes aimed at providing greater protection for individuals and businesses in their digital usage are already underway in Kenya, and globally.

– The study reveals that access to hands-on support is critical in helping Kenyans deepen their use of some digital services. 81 per cent of e-governance users have used Huduma Centres for support.

With regards to the gender divide, our study also corroborates the commonly understood gender divide in Kenya – 35 per cent of women are advanced digital services users, compared to 54 per cent of men. The study sheds light on how through concerted effort and intervention, some advanced digital services are reaching some portions of “typically left-behind” segments and helping to improve lives. Case in point; being the agritech platforms that are transforming small-scale farmers, most of whom are female farmers, into agribusiness through digital capacity building and access to markets.

“The next few years offer an opportunity to build on Kenya’s exceptional digital progress–and to embrace lessons from surveys like this to advance the nation’s commitment to ensuring every citizen, enterprise and organization is participating in the digital economy,” said Robert Karanja, Director of Responsible Technology at Omidyar Network.