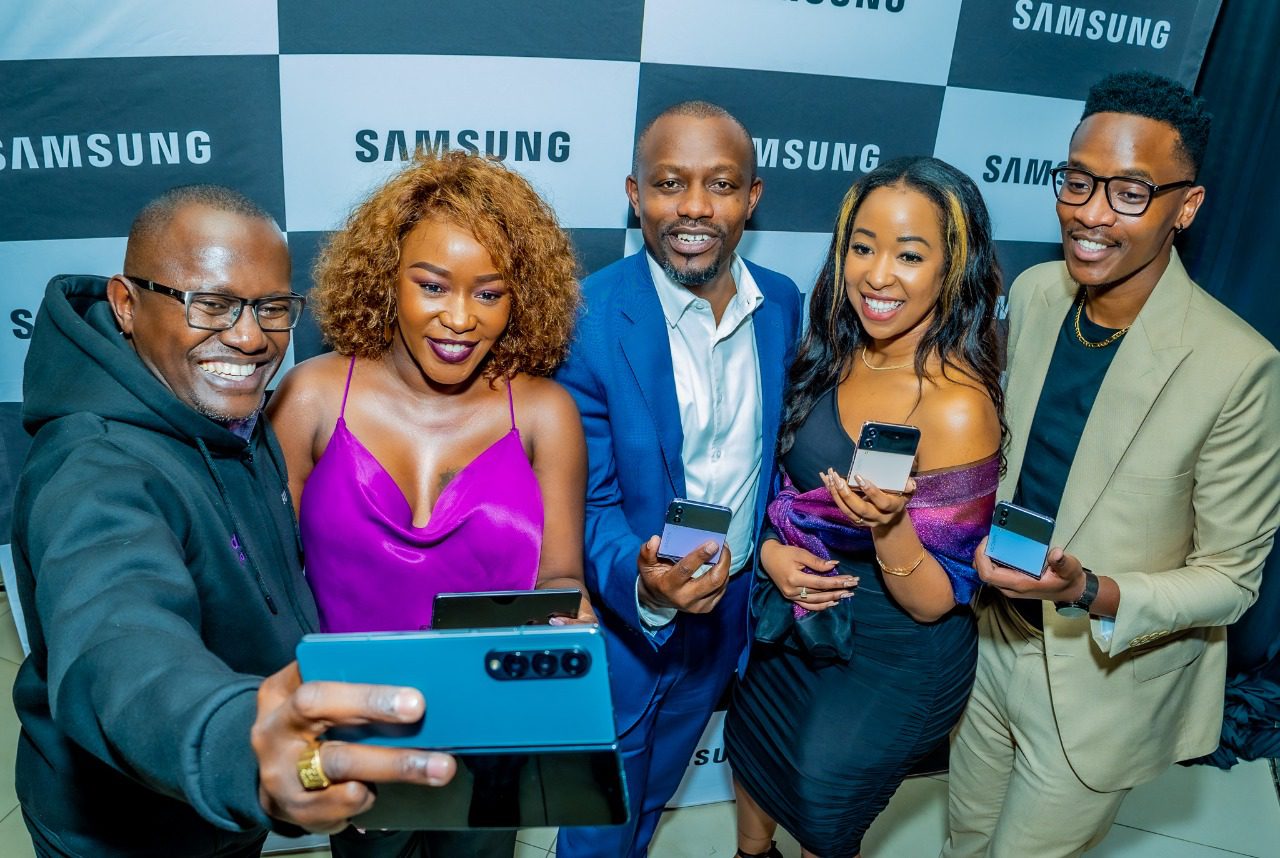 The recently launched Samsung foldable phones are already being embraced in Kenya based on the pre-order stats from Samsung.

The Samsung Galaxy Z Flip and Z Fold 4 pre-order season has been the most successful yet with a 50% increase in pre-orders compared to pre-orders for the previous Foldable series. The pre-order for the two foldable smartphones in Kenya started on 11 August and ended on 4 September.

“Kenyans are what we like to call early adopters, they are quick to take up new trends and as Samsung, we are reaping the benefits of this fully. This year we have seen the Samsung Galaxy Foldable do quite well during the pre-order period. We had intentions of ending the pre-order on 31st August; however due to demand and request for an extension we opted to add a few days to enable those who haven’t made their pre-orders to do so as we aim to officially end 4 September,” said Charles Kimari, Director of Mobile Experience Division, Samsung Electronics East Africa Limited.

He further noted that the Galaxy Z Fold 4 has made an impression in the C-suite with a majority of pre-orders being from top business position holders.

“In the previous years, the Fold has always been the driver for the foldable smartphone category but this year we have seen a shift in purchase trends and we can attribute this to the acquisition steps we have taken like partnership with Badili Africa who offer trade-in service and Aspira Kenya who allow our customers to acquire the devices and pay within 6 months attracting 0% interest,” he added.

The pre-order offers include: – Galaxy Z Fold 4 that comes with Phone Cover, S-Pen, Samsung Care Plus, 24-month Warranty, trade in service with Badili Africa where $207) will be topped up on Galaxy Z Fold 4 over the traded-in phone value.

Galaxy Z Flip 4 comes with a clear slim phone cover, Samsung Care Plus, 24-month Warranty, trade-in service with Badili where $166 will be topped up over the traded-in phone value.

The Galaxy Z Flip 4 allows users to fully customize the device inside and out, with Galaxy Themes on both Cover and Main Screen to complement their style with custom fonts, icons, and designs. In addition to this users can create their own Cover Screen with new clock designs and backgrounds in various formats such as images, GIFs, and even video.

The Galaxy Z Fold4 combines Samsung’s collective mobile technology expertise to create a device with increased functionality whether opened, closed, or in Flex mode. Furthermore, it is Samsung’s first device to ship with Android 12L, a special version of Android created by Google for large-screen experiences, including foldables. The new Taskbar provides a layout similar to your PC, offering access to your favorite and recent apps. Multitasking is also more intuitive, thanks to new swipe gestures. Instantly switch full-screen apps to pop-up windows or split your screen in half for more ways to multitask.

Samsung’s partnerships with Google and Microsoft take multitasking to the next level. Google apps, including Chrome and Gmail, now support drag-and-drop, allowing users to quickly copy and paste links, photos, and more from one app to another. With Google Meet, users can now connect with more people while enjoying virtual co-activities, including co-watching videos on YouTube or playing games together on a video call. Microsoft’s full Office suite and Outlook take advantage of the foldable display, providing more information on the screen and faster ways to interact with the content. The multitasking experience is complete with S Pen functionality, enabling on-the-go drawing and notetaking with streamlined storage inside the Standing Cover with Pen case.

At the conclusion of the pre-order period, the Samsung Galaxy Z Fold 4 and Z Flip 4 will be available for sale at all Samsung experience stores and Dealer stores Nationwide. Both smartphones come with Samsung Care+ which allows for one free screen replacement on accidental damage as well as device maintenance for any other issue that might occur.