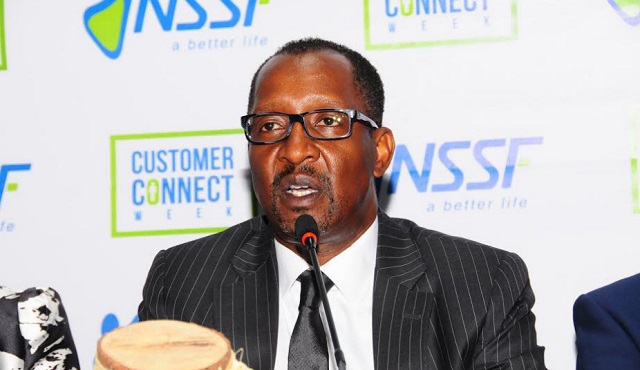 Uganda’s Prime Minister, Robinah Nabbanja has written a letter to the Minister of Gender and Labour, Betty Amongi, directing her to re-appoint Richard Byarugaba, as the National Social Security Fund (NSSF) Uganda Managing Director, for another five-year non-renewable-contract.

“I am happy to note that comprehensive consultations with key stakeholders, on the matter have taken place. In my assessment, a consensus has emerged that we should agree with the NSSF Board recommendations to give a five-year non-renewable contract to Richard Byarugaba and Patrick Ayota, as NSSF Managing Director and Deputy Managing Director respectively”, reads the letter in part.

Premier Nabbanja’s letter further states that the purpose of her communication is to expedite the re-appointment of Byarugaba to avoid what she termed as, “Managerial gaps which can put workers’ funds at risk. This will ensure that the fully constituted NSSF management team can embark on implementing the Fund New strategy in light of the New NSSF Law amended,” added the letter.

On 1 December, Byarugaba sent a three-paragraph sign-out email to staff with the subject line – “Hope to see you again, maybe!”