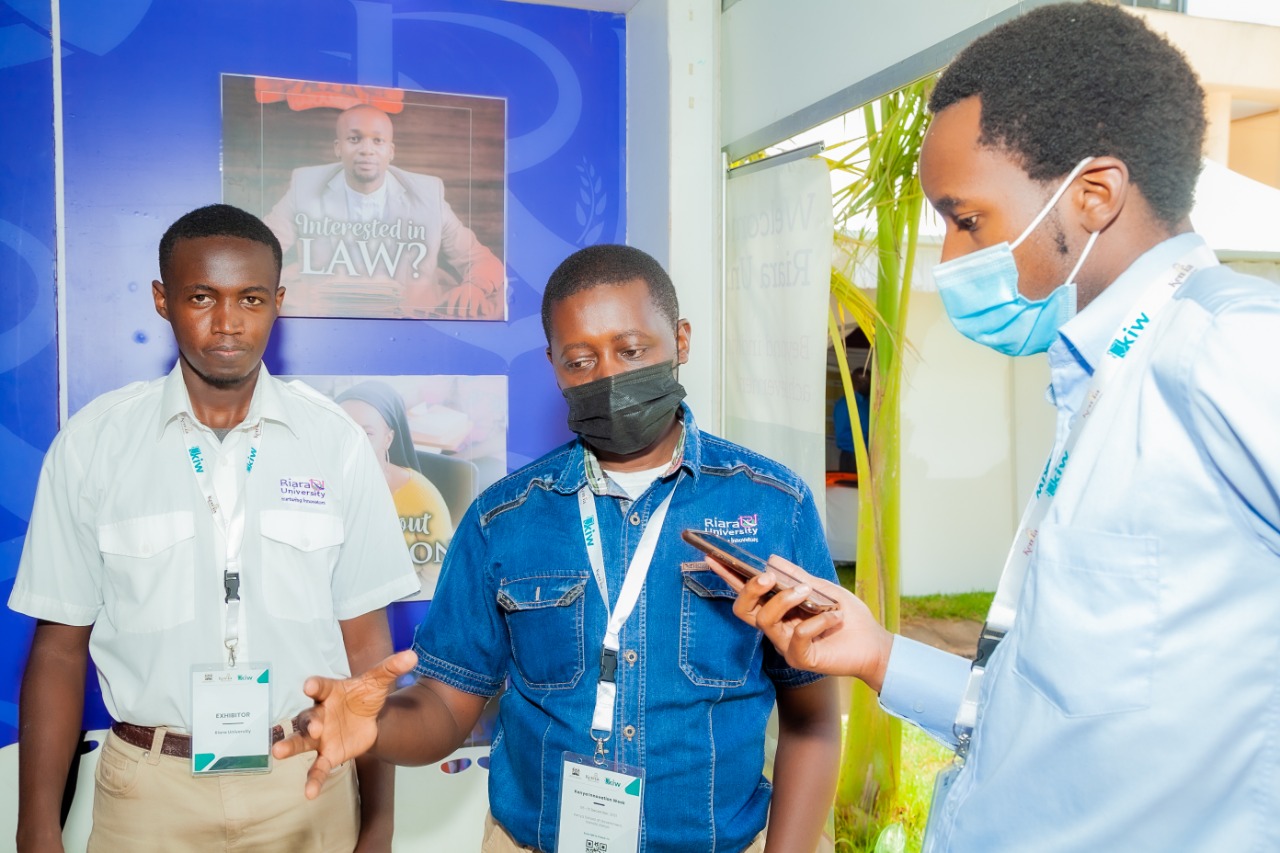 From left: Collins Mwangi and Andrew Mathenge explain their invention to a CIO reporter.

‘The young generation is the key to a bright future’. We say this everyday, but do we really believe in it? With what has been going around in Kenyan schools, it can be a tiny bit difficult to believe that young people will make the world a better place tomorrow.

Students from Riara University have given us a reason to believe that the future will be great. For Kenya and Africa. The innovative lot of students from the Kenyan university presented a couple of innovations at the Kenya Innovation Week.

Even though financial constraint has been a major factor affecting innovation and invention among the Kenyan youth, Collins Mwangi never wanted it to be an excuse to not be innovative. Collins and his team presented an autonomous robot that was locally developed and can be used in various ways to aid in the digital transformation journey in Africa.

Speaking to a CIO Africa reporter at the Kenya Innovation Week, Collins talked of his journey together with his colleagues and faculty at Riara University. He couldn’t hide his excitement as the invention they had worked was being recognized by a lot of people at the KIW summit held at the Kenya School of Government.

“This autonomous robot follows a black path that is on a white background. It has the capability of being able to move things from one place to another with precision and it cannot run into anything because we have put in a proximity sensor,” Collins explains about the innovation.

The team has a lot of ideas on how the autonomous robot can be used and are seeking support to be able grow the idea.

A member of the Administration at Riara, Andrew Mathenge, supported Collins and his schoolmates in coming up with the innovation idea.

“We are here to showcase what students have the capacity to do when they are left to explore but guided. We’ve been able to come up with three projects amongst others that they are working on; A mobile phone, A lab assistant system and the autonomous robot,” Mr Mathenge noted.

“We are hoping to connect with interested partners who would be able to fund us until these projects are developed to conclusion and even to commercialization if it can get to that,” he added.

The Riara University team are hopeful that their innovation can be taken up to be used to move goods in warehouses or even move trolleys in the supermarket automatically.

Collins added that they were thinking of how it can help the blind move stuff around in a confined space.