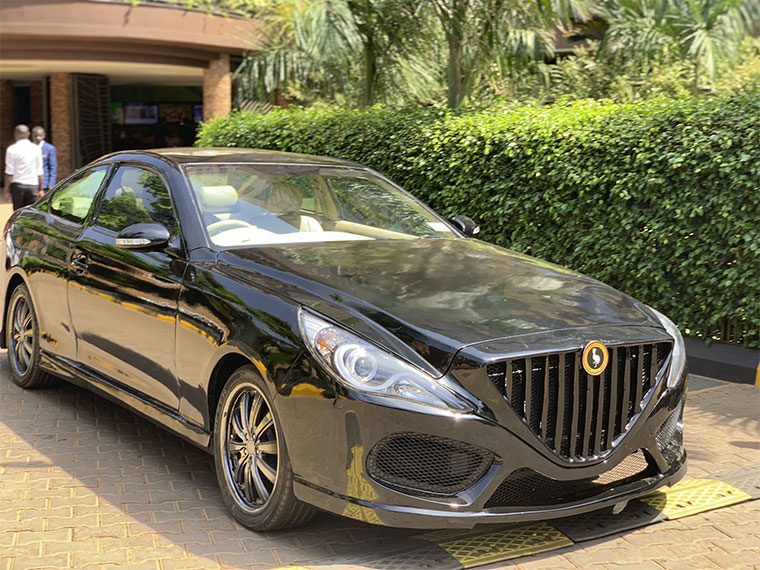 In an effort to mitigate the skyrocketing fuel prices in the country, President Yoweri Museveni has called upon Ugandans to switch to the use of electric cars and railways, as a long-term solution to crude oil supply shocks.

In his address to the Nation last week, Museveni said: “This is the answer. The correct way is to start moving away from petrol to electric cars and we have already started”. He rejected fuel subsidies that are suggested in some quarters to lower costs.

A hybrid 5-seater Ugandan-made Kiira Electric Vehicle (EV) costs over $35,000 in a country whose GDP per capita just hit $1,046 at the start of FY2022/23, government data shows. Museveni said one of the designers of the Kiira EVs, Paul Musasizi, told him that an electric bus uses $0.1 per km, which is almost five times cheaper than a similar fossil fuel bus.

“Electric vehicles are cheaper, cleaner, have no pollution and apparently have less maintenance cost,” he added. Museveni sees the solution in the locally made fully electric car Kiira EV and the passenger service bus Kayoola EV.

“This pressure is to spend the little money we have on problems. We would rather use it to get out of problems permanently. The long-term solution is the electric car and trains,” he further stressed.

Uganda’s other challenge is the lack of fuel reserves for refined products. The capacity of the existing fuel reserves is at 30 million litres, enough to last the country only 5 days, is not sufficient to cushion the economy against unforeseen regional and global supply shocks, Ministry of Energy data shows. Diesel in Kampala is going for over Ush6,500 ($USD1.72) a litre, while petrol is about Ush7,000 ($USD1.85).

Appearing to fall back on his earlier slam at the COP26 declaration by world leaders to have zero new vehicle emissions by 2040 in leading markets, President Museveni said: “This is the solution we should go for.”
Less than 2 per cent of Uganda’s more than 44 million people own a car with fuel prices approaching Shs7, 000 ($1.8) in a beleaguered economy. Museveni says fuel is likely going to remain high, even when Uganda starts producing oil because it will be sold at the world price, minus the transport costs.

The president noted that Uganda needs 5.17M to develop more affordable electric automotives while crisis after crisis has also awakened the government to breathe new life into Uganda’s long-dead railway networks.
“Once people get tired of expensive diesel, they will shift to the train. Fortunately, the railway system for Pakwach-Gulu-Tororo is there and they are repairing it. The government is now repairing the old railway metre gauge from Tororo to Kampala. The only problem could be Kasese because the railway line was vandalized and we shall have to build a totally new one there.”

Earlier own, Dr Joseph Muvawala, the executive director of the National Planning Authority (NPA), tabled a plan for direct importation of crude oil from the producing countries as a short-term measure, a development that would eliminate Kenyan oil marketers that hold contracts to buy petroleum product for refining and supply to the wider Eastern Africa. This, he argued, would result in prices at the pump dropping by 15 to 20 per cent.

“At NPA we are already thinking; if we imported our own crude, refined in Mombasa, it would lower the price of fuel,” Dr Muvawala said.

Industry data shows that most small oil marketing companies in Uganda source 100 per cent of their product from Kenya, but overall, Uganda’s petroleum products industry gets over 90 per cent of imports from Kenya while the balance is sourced from Tanzania. The market in Uganda is liberalized, but economists are urging for consumer protection to contain unregulated fuel margins by oil marketers.