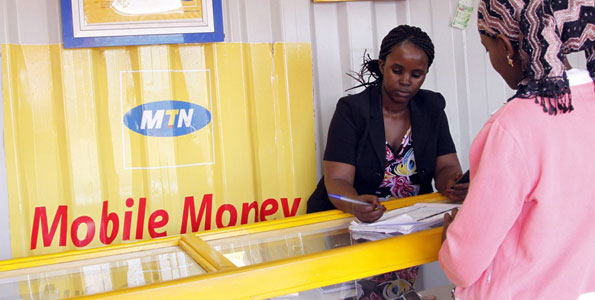 “Since last year, TerraPay has partnered with MTN Mobile Money Uganda Limited to deliver inbound cross-border payments to mobile wallets in the East African region. Now, with the expanded partnership, we will be facilitating outbound international remittance payment to countries such as India and China” Willie Kanyeki, Regional Director, East and Southern Africa, TerraPay said during the occasion on Monday.

Commenting on the partnership, Stephen Mutana, MTN Mobile Money Uganda Ag. Chief Executive Officer said: “This partnership is a true testimony of our MTN Group platform strategy of building strong ecosystems through partnerships and we will continue to invest in expanding the reach of our platform to consumers and businesses beyond Uganda because we believe that everyone deserves the benefits of a modern connected life.

“We further believe that mobile money transfers should not be limited to borders and the winner in all this, is the MTN Mobile Money customer who will experience a seamless user experience sending and receiving money from China and India, directly on their mobile phones.”

According to Stephen, the popularity of mobile money transfer services continues to rise amongst Uganda’s social and business population. This, he says, is largely supported by the increasing adoption of mobile payments as well as an increasing need for cashless transactions.

Mobile money transfers in Africa was pioneered in Kenya by telecommunications company Safaricom when it launched Mpesa in 2007 before spreading to other countries including Ghana and China among others.

A 2020 report by American research firm Boston Consulting Group (BCG) estimates that the total value of global mobile financial services transactions is from $15 trillion to $20 trillion per year. China has the highest utilization rate followed by Kenya and then Ghana.

The study title Five Strategies For Mobile Payment Banking In Africa indicates that mobile money transactions represent 87% of Kenya’s Gross Domestic Product (GDP), while in Ghana, they account for 82% of GDP. While announcing their 2021 half-year financial results, Kenya’s telco Safaricom said its volume of Mpesa transactions grew by 42%, totalling $65.3 million, while the transaction value grew to $122.5 billion.