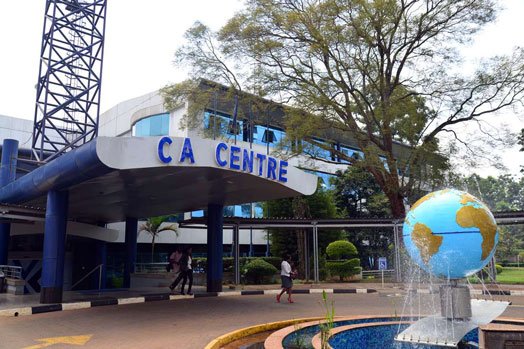 The Authority took this decision, among other raft of regulatory actions, after establishing that the TV channel, owned by Slopes Media House Ltd, had aired inappropriate content during the watershed period.

‘The Authority has established that the airing of the animated movie, Free Jimmy, was in blatant breach of the Broadcasting Regulations, the Programme Code, and the terms and conditions of the station’s broadcasting licence,” said the acting CA Director General Mrs. Wanjau in a press statement today.

Mrs Wanjau said that the offensive programming was aired at a time when children were likely to be watching the broadcast unsupervised given that schools are closed and during a pandemic, which has limited other forms of entertainment.

The Ag. CA Director General said the Authority had considered as inadequate measures instituted by Mt Kenya TV Channel to prevent a recurrence.

As a result, the Authority has directed the station to review its internal control on access to the system for queuing and scheduling its programmes to prevent a recurrence of the violation, and file evidence with the ICT regulator within a week.

At the same time, the broadcaster has been directed, within a week, to avail its staff for mandatory training on the Programming Code, and to review its editorial policy to align with the law on protection of children.

Mt Kenya TV has further been directed to ensure all its broadcast content is rated and classified by the Kenya Film Classification Board (KFCB) and it adheres to intellectual property obligations in line with Kenya Copyright Board (KECOBO) requirements, and file evidence with the Authority within a week.

The station has also been directed to ensure its presenters are accredited and trained on the Code of Conduct for Journalist by the Media Council of Kenya within a month’s time, and file evidence with the Authority.

In addition, the Licensee has been directed to address, within a month, all pending compliance issues as detailed in the Authority’s letter of 20th January 2021.

In mitigation, Mount Kenya Television acknowledged the violations, pleading that they had pulled down the offensive content immediately after noting the context mix up in its kids programme – Mucii wa Ciiana’ (which means Home for Children).

The station also indicated it had apologized on air and its social media pages, and instituted internal disciplinary action against suspected staff. Mt Kenya attributed the violation to the ongoing staff changes and to possible sabotage.