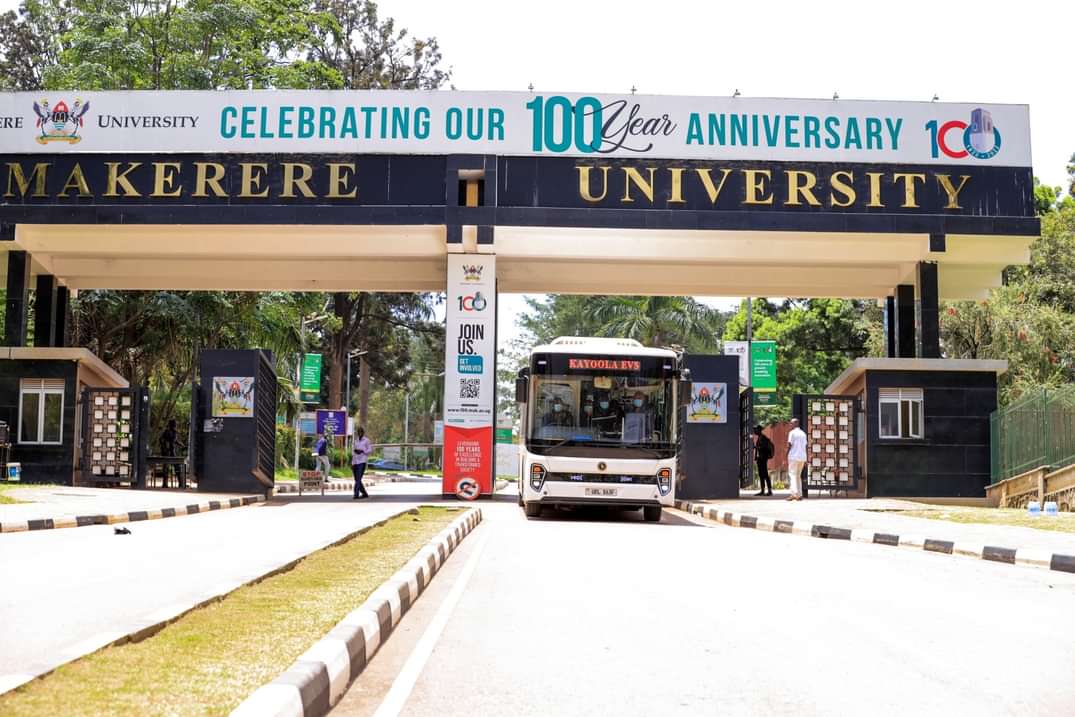 Makerere University has revealed a plan to prioritize research and innovation for the next 100 years. This was revealed by Prof Barnabas Nawangwe, the University Vice Chancellor, during celebrations to mark 100 years of being the oldest University in Uganda.

Nawangwe said the university has made efforts to standardize the research-aiding facilities, such as the innovation hub which he said is under construction.

“We should target the growing population to maximize our innovation and research projects. We have the ready market,” he said.
He further noted that for the country to avert the increasing economic limitations and deaths, climate change, health, and poverty, the listed should be given the attention they deserve.

“Compounding the climate change and food security will help the country curb the increasing deaths. We are seeing diseases we never saw before, we must address climate change,” Nawangwe further said. The Makerere University VC also observed that the population in the country is growing steadily, which he said should not be a disadvantage, but rather an opportunity to broaden the scope of research and innovation.

Speaking as the chief guest during the celebrations, President Yoweri Museveni, said that history shows innovations and development strides. President Museveni further noted that the continent is now stuck with few or no innovations being invented to give solutions to challenges faced by locals.

He said that as Makerere celebrates 100 years, there should be a critical audit to understand why Africa is lagging and how to move forward.

He said to unlock the potential that Africans had developed centuries ago, research and science should be at the forefront thus reiterating his call for Makerere University to focus mainly on science and research to help solve the country’s problems.

Museveni recognized the college of health sciences for several important outputs they had created over the years. Using these instances, the President justified that where science has been applied, there has been good progress.

Museveni said that he still believes that scientists should be paid more to challenge those in arts and humanities to also show off their efforts to solve the country’s problems.

In recent years, Makerere university has been witnessing an increase in research and innovation output which according to Prof Barnabas Nawangwe, has been aided by the steadily increasing research budgets both from the government and partners.

However, academicians and community members have already pointed out that the university is presently facing a problem in translating research and breakthroughs into services and products that would benefit the community.

The issue was highly noted during the recent 72nd graduation ceremony with calls to ensure that the new knowledge or innovation made doesn’t remain in laboratories or university libraries where they gather dust for years.

Lorna Magara, the University Council Chairperson, said the university’s management hopes to transform the institution into a hub for research and innovation as it enters the next century.
She said that the university should be known by its research outputs rather than the strikes of both students and staff.

She also added that the council has already developed concepts of setting up hubs that will be opened to not only the students and members of the faculty, but also embrace all innovators including those drawn from the informal sectors.

Professor Ezra Suruma, the University’s Chancellor, advised that as the university emphasizes science, research, and innovation, there is a need to pay attention to the ethical content of education. Prof Suruma noted that the character of the students who passed out of the universities is as important as their technical knowledge.

The event held at Freedom Square marked the conclusion of a year-long celebration that focused on looking at the history of Makerere, honoring the great men and women on whose shoulders the institutions have stood firm, and visualizing the future they aspire.