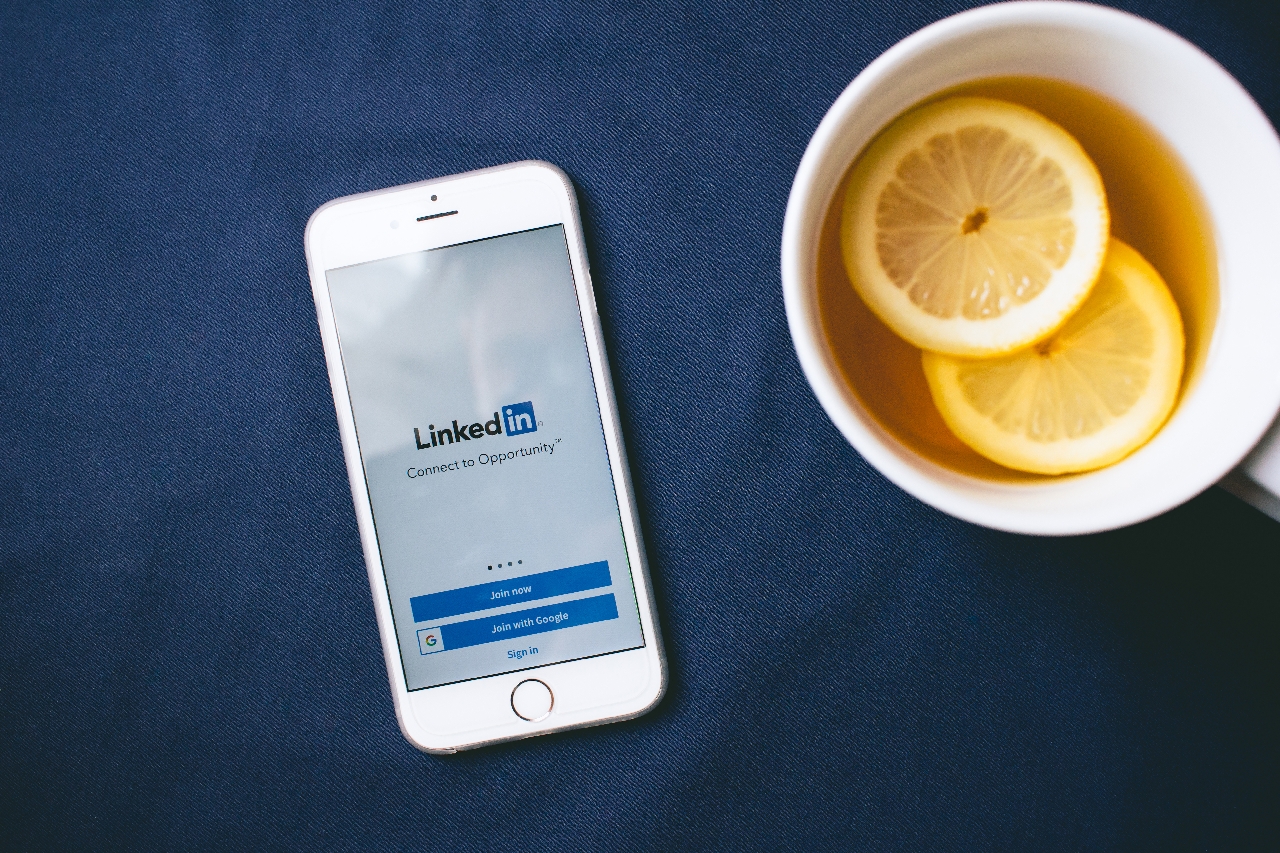 Check Point Research (CPR), the Threat Intelligence arm of Check Point® Software Technologies Ltd. (NASDAQ: CHKP) and a leading provider of cyber security solutions globally, has published its Brand Phishing Report for Q1 2022. The report highlights the brands which were most frequently imitated by cybercriminals in their attempts to steal individuals’ personal information or payment credentials during January, February, and March.

The latest report highlights an emerging trend toward threat actors leveraging social networks, now the number one targeted category ahead of shipping companies and technology giants such as Google, Microsoft, and Apple. As well as LinkedIn being the most targeted brand by a considerable margin, WhatsApp maintained its position in the top ten, accounting for almost 1 in 20 phishing-related attacks worldwide. The report highlights a particular example where LinkedIn users are contacted via an official-looking email in an attempt to lure them to click on a malicious link. Once there, users would be again prompted to log in via a fake portal where their credentials would be harvested.

Shipping is now the second most targeted category, with threat actors continuing to take advantage of the general rise in e-commerce by targeting consumers and shipping companies directly. DHL is second to LinkedIn, accounting for 14% of phishing attempts; FedEx has moved from the seventh position to fifth, now accounting for 6 per cent of all phishing attempts; and Maersk and AliExpress have entered the top ten list for the first time.  The report highlights one particular phishing strategy that used Maersk-branded emails to encourage the download of spoof transport documents, infecting workstations with malware.

“These phishing attempts are attacks of opportunity, plain and simple. Criminal groups orchestrate these phishing attempts on a grand scale, with a view to getting as many people to part with their personal data as possible,” said Omer Dembinsky, Data Research Group Manager at Check Point Software. “Some attacks will attempt to gain leverage over individuals or steal their information, such as those we’re seeing with LinkedIn. Others will be attempts to deploy malware on company networks, such as the fake emails containing spoof carrier documents that we’re seeing with the likes of Maersk.”

He continued, “If there was ever any doubt that social media would become one of the most heavily targeted sectors by criminal groups, Q1 has laid those doubts to rest. While Facebook has dropped out of the top ten rankings, LinkedIn has soared to number one and has accounted for more than half of all phishing attempts so far this year. The best defense against phishing threats, as ever, is knowledge. Employees, in particular, should be trained to spot suspicious anomalies such as misspelled domains, typos, incorrect dates, and other details that can expose a malicious email or text message. LinkedIn users, in particular, should be extra vigilant over the course of the next few months.”

In a brand phishing attack, criminals try to imitate the official website of a well-known brand by using a similar domain name or URL and web-page design to the genuine site. The link to the fake website can be sent to targeted individuals by email or text message, a user can be redirected during web browsing, or it may be triggered from a fraudulent mobile application. The fake website often contains a form intended to steal users’ credentials, payment details or other personal information.

Below are the top brands ranked by their overall appearance in brand phishing attempts:

During the first quarter of 2022, we observed a malicious phishing email that used Maersk’s branding and was trying to download the Agent Tesla RAT (Remote Access Trojan) to the user’s machine. The email (see Figure 1) which was sent from a webmail address and spoofed to appear as if it was sent from “Maersk Notification (service@maersk[.]com)”, contained the subject, “Maersk : Verify Copy for Bill of Lading XXXXXXXXX ready for verification.”. The content asked to download an excel file “Transport-Document”, that would cause the system to be infected with Agent Tesla. 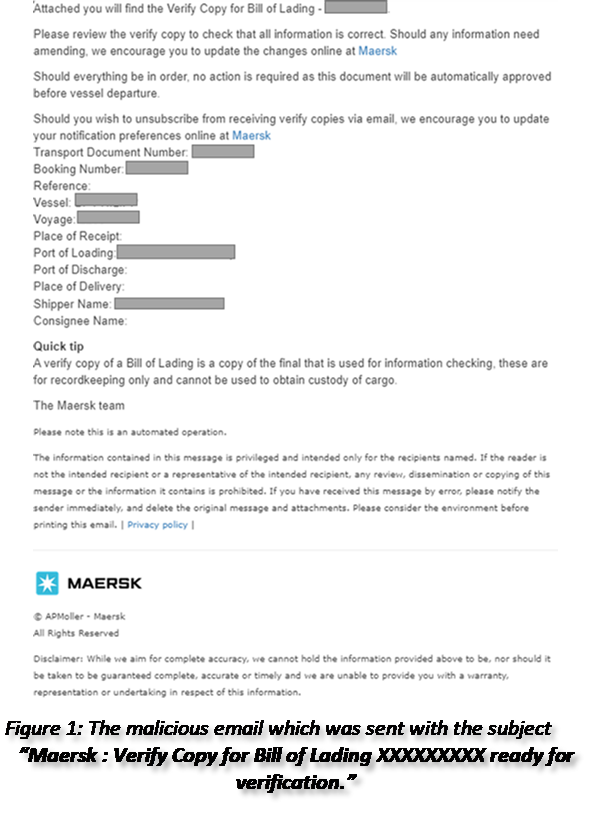 In this phishing email, we see an attempt to steal a user’s LinkedIn account information. The email (see Figure 1) which was sent from the email address “LinkedIn (smtpfox-6qhrg@tavic[.]com[.]mx)”, contained the subject “M&R Trading Co.,Ltd 合作采购订单＃XXXXXXXX”. The attacker was trying to lure the victim to click on a malicious link, which redirects the user to a fraudulent LinkedIn login page (see Figure 2). In the malicious link (https://carriermasr.com/public/linkedIn[.]com/linkedIn[.]com/login[.]php), the user needed to enter their username and their password. 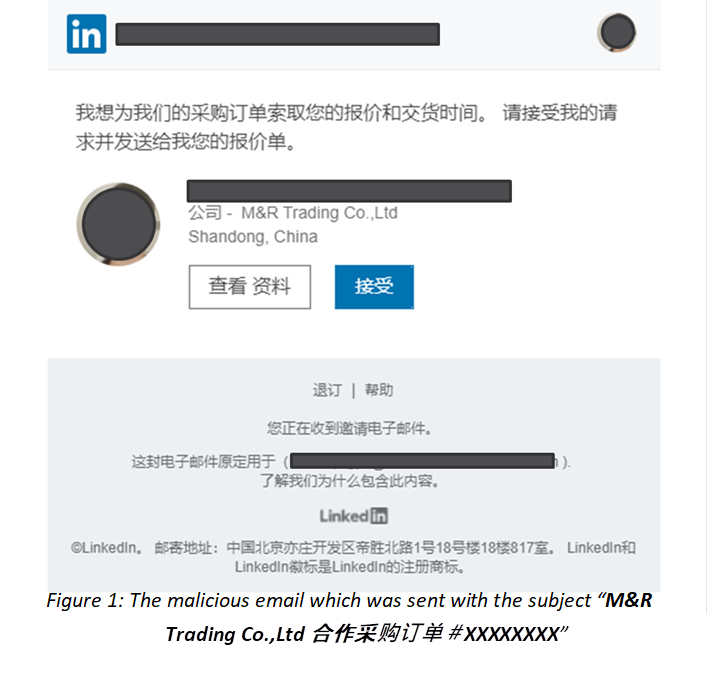 We encourage users to be cautious when divulging personal data and credentials to business applications or websites, and to think twice before opening email attachments or links, especially emails that claim to be from companies such as LinkedIn or DHL, as they are currently the most likely to be impersonated.