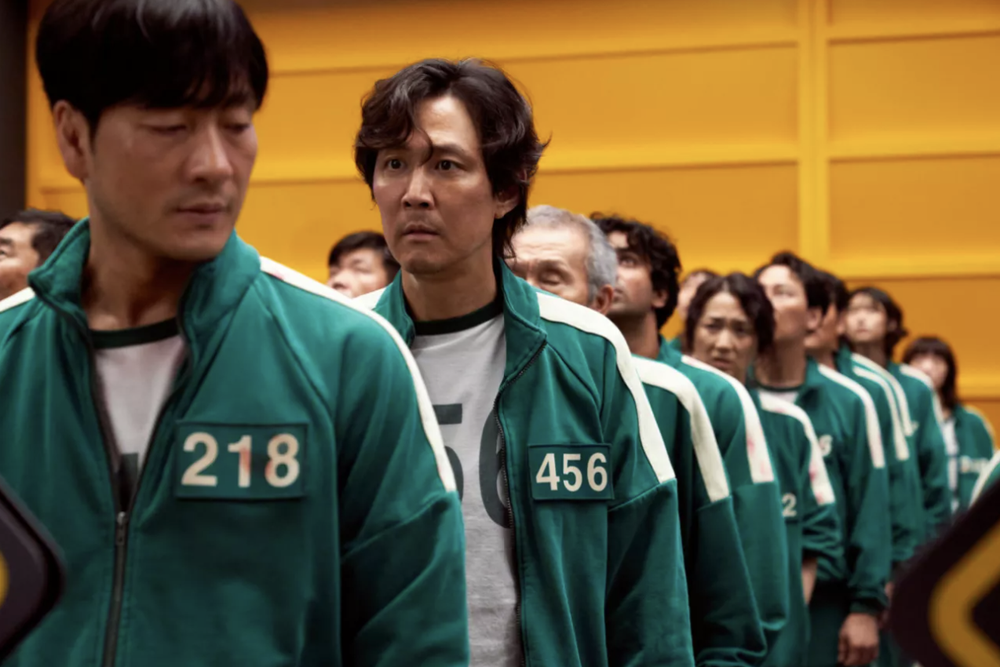 Netflix series Squid Games has had its fair share of talk and support from Kenyans in the past month or so. The series that’s highly rated on the movie streaming site has already been watched over 2 billion times across the world.

After trending in Kenya for over a month, Squid Games has now captured the attention of the Kenya Film Classification Board (KFCB), which has issued a parental guidance advisory over the joint sensitisation programme. Netflix has rated the series as 18+ on account of the graphic and violent nature of the content.

Addressing the Press on Monday 1 November, 2021, KFCB’s Ag. Executive Officer, Christopher Wambua, said that though Squid Game is rated 18 and is intended for mature audiences, scenes in the series are being copied and subsequently posted on social media platforms like YouTube, TikTok and Instagram and could easily be accessed by children and other vulnerable groups.

He noted that recreations of depicted scenes, as well as illustrations on how to play the game and succeed, remains worrying and that going by the ease of accessibility and popularity of the game as depicted in the series, KFCB and Netflix are of the view that the series should be restricted to viewing by adults or viewers of 18+ only.

“For those who have followed the Squid Game series, they will agree that the series depicts a scenario of quick fixes through unorthodox methods to getting rich. Children and vulnerable groups could easily be influenced into illegal activities.  Therefore, parents must educate their children that there are no shortcuts in life and that hard work pays; children must be patient and trust the processes that will lead to success,” Wambua noted.

The Ag. CEO advised parents, caregivers and guardians to be more vigilant and monitor the content their children are consuming on media platforms and guide them appropriately, noting that this is particularly important as the December holidays approach, a time when children are likely to have unlimited access to media channels.

“It is the responsibility of parents, guardians and caregivers to ensure that children under their care are not exposed to age-inappropriate content. If parents give their children access to smartphones and online streaming platforms such as Netflix, they must take deliberate steps to monitor what their young ones, especially minors, are consuming in order to guide them accordingly and make use of the wide parental controls offered on the service,” he said.

Moving forward, Wambua said KFCB will closely work with Netflix to ensure all of its content available in Kenya is in conformity with the Board’s classification for age suitability and other provisions of the law. He further revealed that KFCB and Netflix will constitute a joint team to deliberate on the mechanisms of fast-tracking the platform’s application of the local classification system on Netflix’s programming that is accessible within the Kenyan territory.

“KFCB has also written to Google requesting them to ensure that sections and scenes of the Squid Game that have been recreated, distributed and exhibited on YouTube are pulled down or made inaccessible to help in ensuring that the content is restricted to adults,” he said, adding that KFCB will continue empowering parents/caregivers with the requisite skills and knowledge to monitor content children are consuming online through the Digital Parenting and Online Child Protection programme.