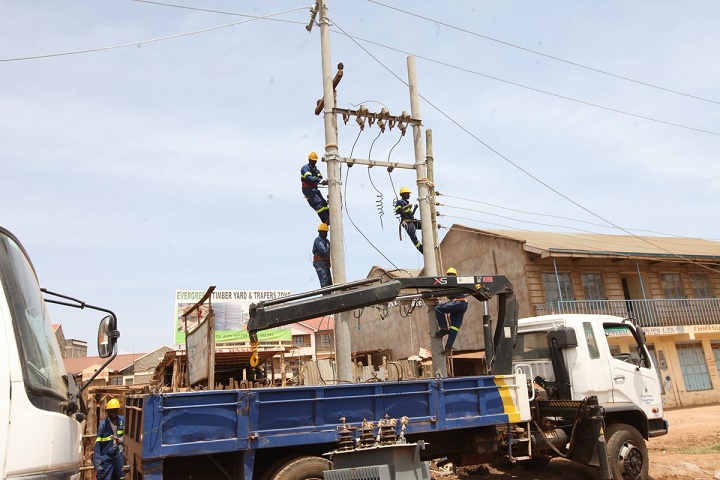 In a bid to diversify its revenues, Kenya Power will start selling high-speed internet to businesses and capitalize on growing data usage in the country.

This will see it take the battle for internet customers to Safaricom, Wananchi Group (Zuku) and Jamii Telecoms that control 85.1 percent of Kenya fixed data market.

“We will provide our corporate sector customers with a bundled service of electricity and internet,” Kenya Power said in a statement

“Kenya Power will leverage on our vast network to tap into the market…we will offer the corporates the option of using our internet for their primary use or redundancy.”

Kenya Power reckons it would offer affordable packages to gain market share, signalling a pricing war in a telecoms market where operators are looking at data as the new frontier for growth.

Safaricom has over the past five years spent billions of shillings to build up its fixed-data network to connect homes to internet, as demand grows for online streaming services like Netflix.

It has connected thousands of homes to its fixed-data network, using fibre and poles that has seen it overtake Zuku and Jamii Telecoms to be a market leader.

In the next three to 10 years, the utility will seek to sell internet directly to homes, with its target being rural homes.

The two plans look set to rattle Internet Service Providers (ISPs) that have been riding on the Kenya Power network to sell data, giving the electricity distributor a head-start in the race for rural Kenya because it would ride on its transmission network to link fibre networks to homes.

In 2010, Kenya Power signed a 20-year lease agreement worth Sh421 million with Safaricom for use of a pair of fibre cables.

It also inked deals with telecoms firms Wananchi Group and Jamii Telecoms with each signing five-year leases worth a total of Sh403 million.

Telecoms industry players see fibre optic cable as the way to save the costs associated with satellite connections and avoid copper wire connections prone to vandalism.

Initially, Kenya Power conceived the fibre optic cables as a tool to improve its monitoring of the grid.

But internet providers got some comfort from its fibre optic network since vandals may not be able to access it as it lies on top of live electricity cables.

The vast network of fibre cables attached to its transmission lines will offer Kenya Power the least cost entry into the fixed internet market compared to firms like Safaricom.

Data from the Communications Authority (CA) shows that Safaricom controls 37 percent of the market or 284,420 home and office connections followed by the Wananchi-owned Zuku at 29.4 percent or 224,124 connections.

The CA says that the fixed internet market is largely untapped, offering telecoms firms and Kenya Power an opportunity to grow revenues.

Demand for fixed internet has surged in the wake of coronavirus as people work from home and schools adopt e-learning.

Kenya Power posted a net profit of Sh3.8 billion in the six months to December compared to Sh138 million in a similar period a year earlier.