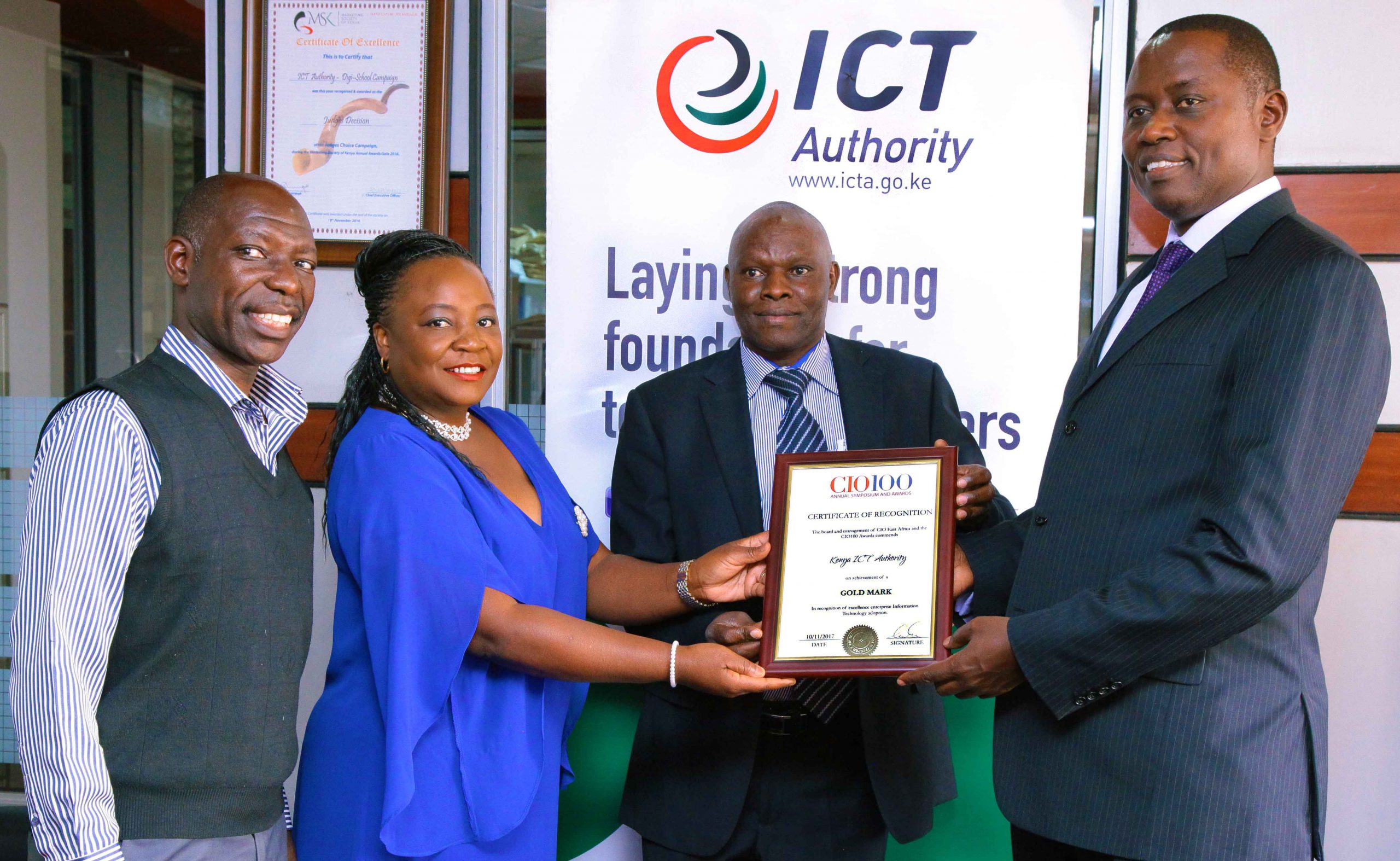 According to iLab Africa, a research center at Strathmore University, which independently evaluated the survey, ICT Authority demonstrated its prowess following its significant reach-out to organizations and partnering with organizations to facilitate steady transformation in the market through the use of digital and disruptive technologies and approaches.

Heading a panel of nine judges in the CIO 100 Survey, noted that Dr. Joseph Sevilla said:

“In our view ICT Authority proved a worthwhile partner to both government institutions private sector players. The Authority was recognized through championing the course of digital transformation.”

The evaluated CIO 100 Survey projects ranged from submissions that cut across small to medium and large enterprises comprising both the public and private sector run businesses. An average of 199 projects was reviewed to determine the top digital transformer and digital disruptor entities across East Africa.

The CIO 100 winners were distinguished as entities that positively affected lives of people, used technology and literally changed the way people work, socialize and do business.

To support this endeavor, the Authority is in the process of implementing a private cloud to securely host the master database that will also provide hosting services for other critical applications for the national and county governments. The Authority is also spearheading the rollout of fiber infrastructure that will support access to the said cloud countrywide.

The CIO 100 Award is an acknowledged mark of excellence in enterprises. Since the award is given to companies rather than individuals, it is an honour that everyone who took part in the project or initiative takes pride of achieving it.