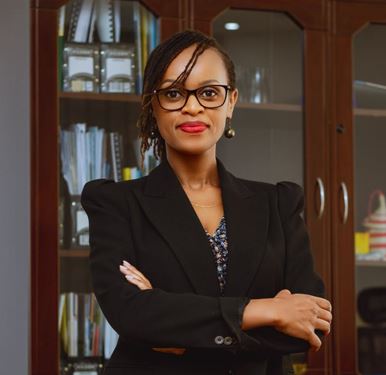 Prudential PLC has announced the appointment of Gwen Kinisu as the CEO of its Kenya’s branch (PLAK) in a raft of changes made across the leadership positions of the firm across its footprints globally.

Kinisu takes over from Raxit Soni who presided over a period of growth for PLAK and a series of impactful community activities during his seven-year tenure at the firm.

Gwen has over 14 years of experience in insurance and banking. She was the Chief Commercial Officer for PLAK since 2018 and during her tenure drove continued growth in the business and built strong relationships with banks, brokers, and other partners.

“Core to our commitment is the investment we are making in the development and advancement of our people. Our Africa leadership team demonstrates the opportunities we are creating and will continue to create for our talents in the continent,” Blackburn said.

The changes has since seen the former CEO of Prudential Uganda, Arjun Mallik, promoted to lead Eastern and Central Africa, overseeing operations across Kenya, Uganda, and Zimbabwe.

Besides East and Central Africa, Prudential also has established a presence in Francophone Africa, Western and Southern Africa, and Northern Africa.