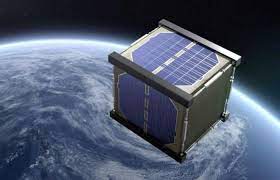 Four Kenyan Universities have received a grant of $30,000 from Kenya Space Agency (KSA) to develop a 3U nanosatellite model.

“Advancement in Technology has enabled the size of the satellites and the development cost to reduce drastically. It is now possible to assemble and launch into space a miniature satellite, as small as a cube of 10 centimetres with a mass of less than 1.33 kilograms (CubeSat), with complete basic functions of a standard size satellite. As a follow up to the research chair offered in the FY2020/2021, KSA will be offering a 2nd cycle on the Research Chair to develop a 3U Nanosatellite Model which is worth $30,000,” KSA said in a statement.

Phase 1 saw the five universities compete in developing the best 1U nanosatellite model with TUK University emerging as the winner.

TUK’s mission centred on emergency rescue missions for Kenyan fishers at Lake Victoria. TUK 1U nanosatellite helps identify distress calls from fishers in Lake Victoria in real-time using Automatic Identification System (AIS) data which help prompt emergency rescue. The nanosatellite is yet to be launched in space. It was affixed on a drone to carry out its functions.