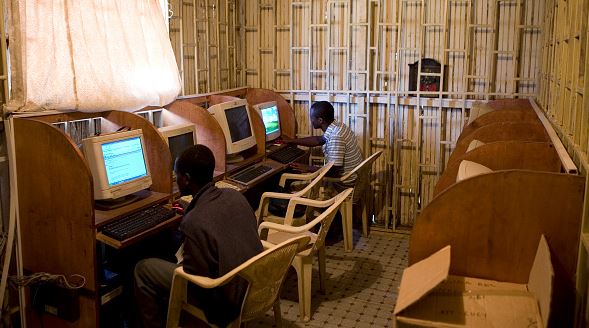 Kenya hosts a population of about 53M people out of which 27M have access to the internet. This represents about 40% of the population. So where are the rest?

The internet situation in Kenya exposes stark societal inequalities in the country, touching on uneven distribution of goods and capitals like education, employment, and income among others. The situation is worse in the rural areas, where only 17% can access this commodity, Statista.com

These differences lead to digital exclusion, simply defined as the inability of individuals and/ or groups to access and use information and communication technologies, or the incapability to use the internet to do things that benefit individuals or organizations.

Existing studies show that a gap exists between those who have access to ICTs and those who do not. An interview with Peterson Kamiri, the Strategic Product Development Manager at Mastercard Global reports that the internet situation is worse in rural Kenya, mostly inhabited by farmers and nomadic pastoralists.

Mr. Kamiri opines that the already bad situation may only worsen, seeing as the world is on a leap to the digital front yet Kenyan farmers still do not appreciate the use of internet in their daily activities.

This inability to access ICTs creates a digital divide between those who have and those who lack access to such technologies. It can therefore be viewed as a disability.

A study – Kenya Digital and Cultural Divide – undertaken by Agnes Odongo and Gideon Rono, reports that the exclusion endangers social integration and hampers economic growth while breeding a digital divide that in turn exacerbates inequality.

DW.COM refers to the excluded population as digital newcomers/newbies who are still waiting for the future to arrive.

The Center for Advanced Internet Studies (CAIS GmbH), recently financed a study on digital exclusion in Kenya, to report on the causes and impacts of the lack of access and use of internet technologies. The study reports that the main causes of this lack of internet access is related to affordability, usability and digital skills.

Affordability is largely pegged on the pricing for internet enabled gadgets and cost for buying internet bandwidth. Usability is the user’s attitude towards the commodity, while skills is the ability to operate internet accessing gadgets.

“A section of Kenyans (about 20M) live below the poverty line with those in the rural areas earning less than Ksh 3,252 ($30) pm and Ksh 5,995 pm for those living in the urban areas,” reads the 2020 Comprehensive Poverty Report by the Kenya National Bureau of Statistics (KNBS). The report also measured multi-dimensionally poverty, besides monetary poverty.

The Digital Exclusion study reports that Kenyans in access of the internet use it for social networking (whatsapp, Meta formerly FB, etc), online collaboration, educational purposes – learning and reseacrh, cashless transactions, online banking, eCommerce, electronic communications and entertainment among others. They live progressively and are up to date with the current state of affairs globally, while those without the access live retrogressively

Digital exclusion brews a digital divide that strains families by holding back small businesses, limiting oppportunity, making it harder for farmers to take advantage of technology and preventing access to advancements in telemedicine and remote monitoring. It further perpetuates societal inequalities that already exist, and by extension brews a digital vicious cycle.

The county, however, lives on the promise of the National Terrestrial Fibre Optic Network project that complements the National Optic Fibre Network Backhaul Initiative (NOFBI) that intends to achieve maximum utilization of capacity and connectivity in all districts in the country by 2030. The universal service fund (USF) also works to achieve universal access to ICT in the country.

“The purpose of the USF is to support widespread access to ICT services, promote capacity building and innovation in ICT services in the country,” Paul Kiage, Deputy Director, USF.

Although there is an urgent need to address the problem of the lack of internet access in Kenya and especially in the rural areas its many causative factors should be solved first. They include poverty, illiteracy and digital illiteracy, and infrastructural (digital) underdevelopment, among others.

Robert Opp, the Chief Digital Officer at UNDP notes that in less-developed countries, only one in five people are online. He adds that it matters because education, work, and public services are increasingly reliant on digital access and the lack of connectivity therefore is a growing impendiment to human development.

“This (digital divide) is a structural problem that requires serious investment in infrastructure as well as more inclusive communication strategies by governments and organisations to ensure information and opportunities are for everyone, not a few,” Anna Colom, Researcher, Open University, UK.

The UN includes the reduction of the digital divide (SDG 9) in its Sustainable Development Goals. That is why, in many places initiatives have been launched to facilitate access to technology. Here are some of the most relevant models that Kenya can adopt to bridge the gap: promote ICT literacy in Rural Kenya by introducing ICT studies in primary schools, enhancing infrastructural development to encourage private investors (ISPs), build public internet access points in all sub locations and offer subsidized internet services and encourage the purchase of smart phones as opposed to feature phones.

The government should coordinate efforts with the private sector in developing policies and expanding programs to reduce the fragmentation of the Kenyan community in order to achieve national cohesion.

“We must advocate for those left behind. It is imperative we ensure the opportunities of work, education, and public services that connectivity can provide are accessible to all,” Robert Opp.