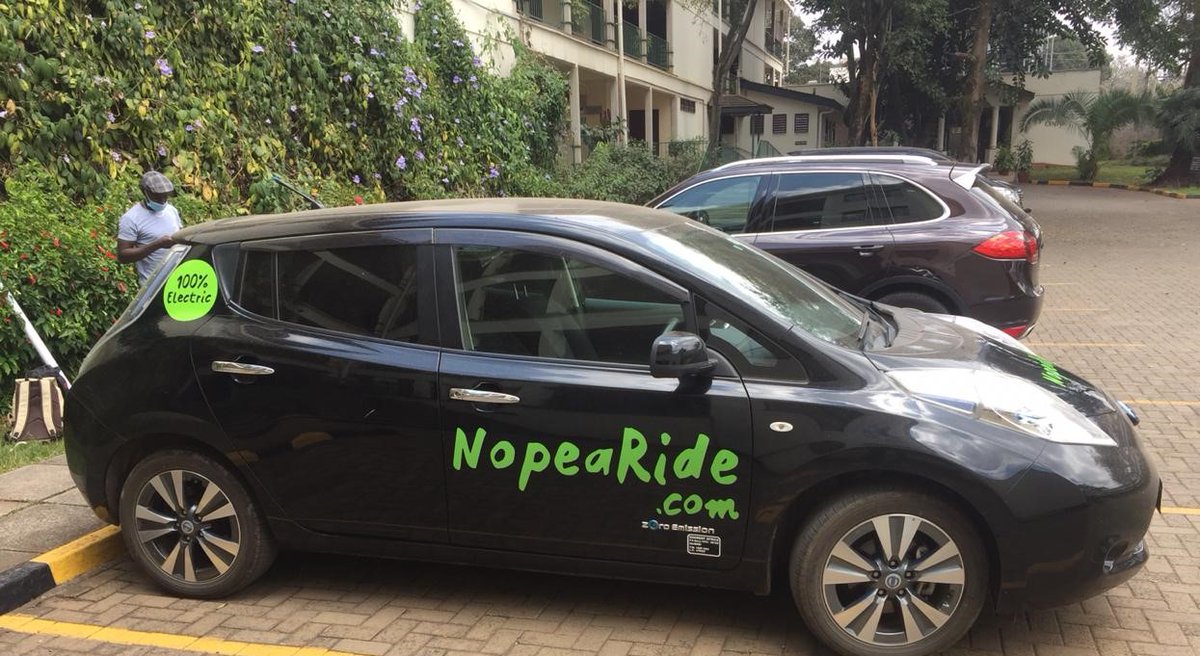 Electric Mobility and Taxi Hailing service company, NopeaRide, is closing its offices after its parent company filed for insolvency.

EkoRent Africa, the company behind NopeaRide, filed for insolvency in the Kenyan courts and a hearing has been set for 13th December. The company has announced that it took its fleet of vehicles off the road and has notified its staff and corporate clients.

“We are now working with relevant authorities to ensure that our operations are wound up in accordance with law,” NopeaRide said in a statement.

NopeaRide service was first launched in Kenya in August of 2018 (under the name NopiaRide) by a Finnish company EkoRent founded in 2014. It started with a small minimum viable product in Nairobi as its fleet and charging network grew very moderately in the following year.

Towards the end of 2019 Nopea received new funding and placed orders for additional electric vehicles and chargers. However, many of the additional vehicles arrived in Nairobi at just about the same time when the strict Covid-19 curfew rules were put in place in March 2020. Those rules lead to daily kilometers driven by Nopea vehicles dropping approximately 60% over night.

“While Nopea as every other taxi company in Kenya suffered from the restrictions, we used a good part of 2020 developing our software further and negotiating for additional equity investment. Those negotiations finally came to a successful conclusion at the end of 2020, only a few months after Jomo Kenyatta International Airport was re-opened. As Covid-19 related curfew restrictions were lifted in steps and traffic in Nairobi was slowly beginning to normalize, we trusted that the year 2021 would be a better year for Nopea and Electric Mobility in Kenya,” the company explained in the statement.

They added more electric vehicles in the following year and opened new Nopea charging stations. The company had grown but it never attained the traffic levels it had before the pandemic hit. Many companies still had a significant portion of employees working from home, and economy had not recovered leading to reduced number of private taxi users.

“In the first half of 2022 our traffic numbers grew to about the same level as before Covid-19. We also started to put more effort in the corporate segment as their employees were returning to office and managed to sign contracts with a few big international companies, some of them potentially reserving the majority of available Nopea capacity. However, we did not manage to close an additional financing round to grow to the next level, and since that level was not reached, NopeaRide is no longer able to offer its services in Nairobi,” NopeaRide said.

Since the NopeaRide launch 5 years ago, it has imported 70 Nopea electric vehicles to Kenya that had driven more than 4 000 000 kilometers by June 2022 saving over 650 tons of CO2 emissions. NopeaRide also operated the largest electric vehicle charging network in East Africa.