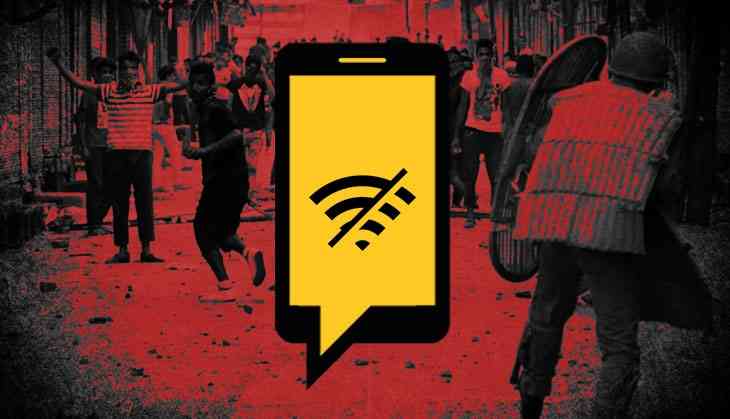 The internet is the modern basis of most, if not all knowledge, and we all know, that knowledge is power. The internet has become so part and personal of our daily lives, that we cannot recall what life was like without it. But so deeply has the Internet burrowed into the social fabric that it is tempting to ask: How powerful can it really be?

Think, even for just a second, about the mesmerising pace of its takeover. Instant messaging has become the sole vehicle for communication, all the while the family photo album is a mere footnote to a smartphone’s repertoire.

For reporters and journalists like myself, search engines have muscled aside the dusty clippings libraries that once represented a newspaper’s collective memory. But, in typical fashion of closing out a full circle, we go back to the earlier posed question, how powerful can the internet really be?

The Zambian government has an inkling, that maybe the internet is too powerful. Yesterday, the Zambian government was at the receiving end of backlash suspecting that they had shut down the internet. Policy-makers are facing the constant challenges to regulate and control activities conducted on the Internet due to the dynamics of technology which in many cases, happen faster than the laws.

Lusaka Times, a local Zambian news organization, writes that officials from Zambia’s Ministry of Information and Broadcast Services considered shutting down internet access in the lead-up to election day, citing a desire to stop the spread of election misinformation.

A dramatic decrease in election day internet traffic from WhatsApp, Twitter, Instagram, and Facebook spotted by NetBlocks seems to confirm that the government moved forward with that plan.

Cases of Internet shutdowns in Africa have been rising.

Tanzania restricted access to the Internet and social media applications during elections in October 2020. In June that year, Ethiopia imposed an Internet shutdown which lasted for close to a month after unrest which followed the killing of a prominent Oromo singer and activist Hachalu Hundessa.

Zimbabwe, Togo, Burundi, Chad, Mali and Guinea also restricted access to the Internet or social media applications at some point in 2020. In 2019, there were 25 documented instances of partial or total Internet shutdowns, compared with 20 in 2018 and 12 in 2017, according to Access Now, an independent monitoring group (Business Insider).

BBC reality check farther reported that in 2019, seven of the 14 countries that blocked access had not done so in the two previous years (these were Benin, Gabon, Eritrea, Liberia, Malawi, Mauritania and Zimbabwe).

This is part of a global trend, where more and more countries are restricting Internet access. In 2019, 21 out of the 25 shutdowns recorded by the group affected entire countries or most parts of the countries.

Why is the Internet being shut down?

Where election campaigns have previously been marred by violence and intimidations, this may result in disconnecting the Internet for citizens during the polls.This tact of Internet disruption has become a notable trend in African nations.

Using the Economist Intelligence Unit’s democracy index, it is noteworthy that of the 22 African states that have disrupted Internet connectivity in the last five years, 77 per cent are listed as dictatorships, while 23 per cent are considered partial democracies.

The Internet and popular social media platforms, including Facebook, WhatsApp, Twitter, and more are used as methods to disseminate information and plan and coordinate protests. Therefore, most African leaders shut down the Internet.

The governments that implement Internet shutdowns have become more open about them. They openly say the shutdown is meant to ensure national security in a bid to stop spreading disinformation and hate speech.

Internet shutdowns, therefore, find themselves closely placed with crucial events like elections. During protests, Internet shutdowns ensure the inability to coordinate and properly plan, because of poor communication means.

The implementation of the Internet shutdown during the elections is nothing new to the African states like Chad where election campaigns were criticized for violence, intimidation, and false news.This practice has become common and seemingly acceptable as deplorable as it is, in most despotic nations on the continent.

Some commentators say the Internet shutdowns do not only rob citizens of their democratic rights and constitutional rights to protest, but are slowly entrenching a new way of authoritarian rule.

Measures should be put in place to protect citizens rights to access the Internet and avoid arbitrary disconnections by the government.

Not only do these Internet disruptions cause loss of democratic rights, in 2019, Internet shutdowns were estimated to have cost the African continent over $2 billion.