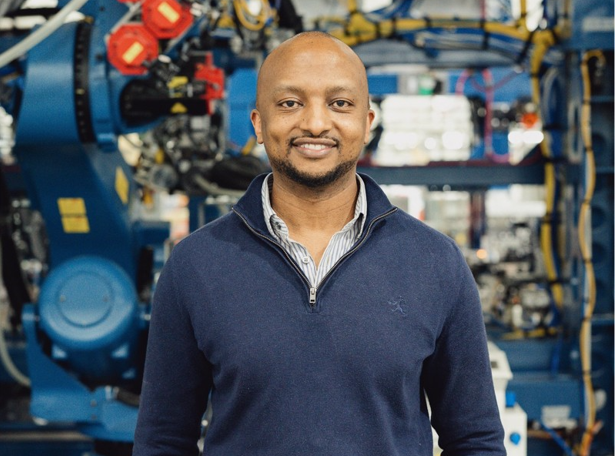 Barely a week after quitting American electric vehicle startup Rivian Automotive where he served as Executive Vice President of Manufacturing, Charly Mwangi is headed to Eclipse Ventures as a Partner.

Founded in 2015, Eclipse Ventures is a venture capital based in Palo Alto, California. The firm invests in start-ups in the automotive, semiconductor, manufacturing, networking, materials, and communications industries.

Announcing his next move on his LinkedIn page, Charly said, “After an exhilarating two years at Rivian, I made the difficult and emotional decision to leave the company in order to pursue a new career opportunity… My next adventure is a culmination of my experience at Nissan, Tesla, and Rivian. I’m excited to join the talented team at Eclipse Ventures as a Partner to help accelerate the Industrial Evolution by working with founders transforming physical industries…I’m looking forward to throwing my operational background into the mix to help founders build exceptional companies that make physical industries more efficient, resilient, and profitable. Let’s build!”

Charly described his experience at Rivian as exhilarating noting that his team at the automotive firm managed to bring into production three vehicle models despite the challenges ushered by the COVID-19 pandemic.

“We’ve been through an adventure, to say the least: in two years—amid COVID-related challenges—we’ve gone from an empty factory to launching three trailblazing vehicles. I’m as confident and optimistic today as I was on day one that Rivian will succeed. I wish all the best to my dear friends and colleagues at Rivian and look forward to watching the many innovations that are yet to come.”

The departure of Charly from Rivian coincided with the arrival of former Magna International executive Frank Klein, who is due to take over as chief operations chief this month and oversee production, supply chain, and manufacturing engineering.

Rivian has had issues with suppliers as the start-up struggles to scale up the output of its first three models. The company has embarked on leadership changes to deal with these problems.