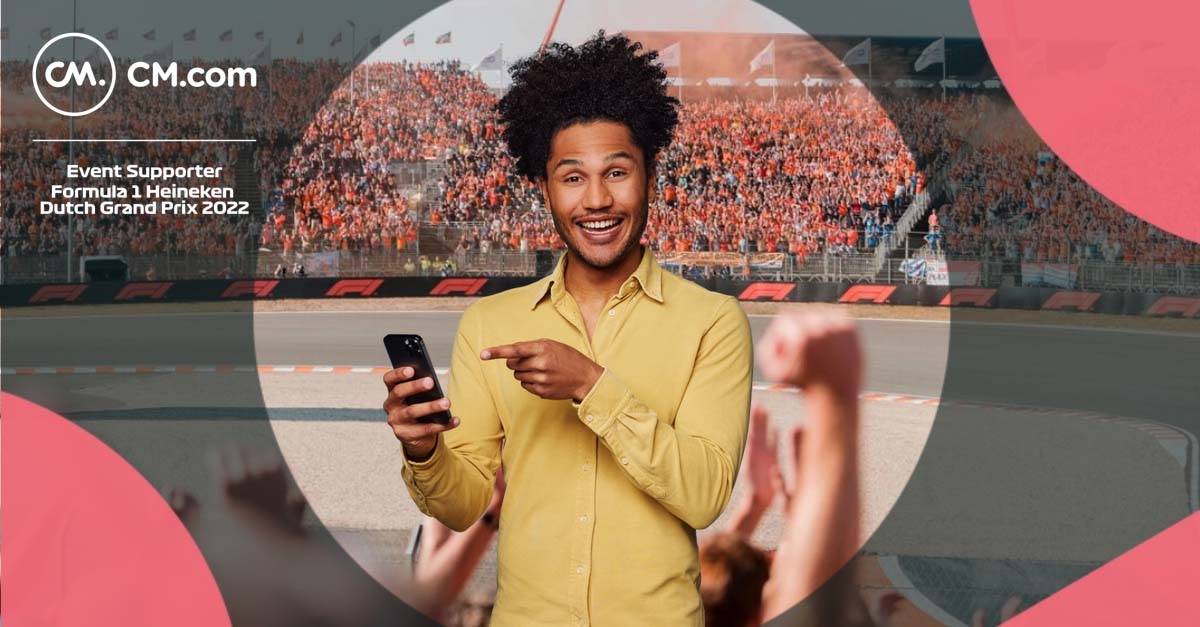 Giuseppe Farina, the first-ever Formula 1 winner, started driving at the tender age of nine. Of course, it was only a two-cylinder contraption. Nothing like the powerful beasts at the Dutch Grand Prix. He may have had what can at best be described as a crotchety streak, but Formula 1 fans all agree he is not celebrated enough. This has some truism to it.

The Formula 1 Heineken Dutch Grand Prix only ever evolves for the love, and good, of the race. So why should everything surrounding it be left to chance? Be it buying tickets, or having a set of questions for the Race Engineer. These are centralised under one customer service solution. Even if you’ve been chatting to the chatbot, the human employee will understand your question, hopefully increasing your satisfaction.

To make conversations even more personal, customer data is integrated into the Customer Data Platform. Agents now know who they’re talking to, making it easier to understand situations and tackle problems before they even exist. The best part – the Dutch Grand Prix can lean on this data and continue to build on making the experiences even better in the future.

Instead, CM.com and the Dutch Grand Prix curated their experiences to improve fan engagement before, during, and after the sports event. Basically, they stayed tuned to the fans – segmented fans – all year round through storytelling with an exciting mix of media and channels. All purchasing and behavioural data were used to create fan profiles, which were used to create segments which were then transformed into personalised communication complete with rewards.

Engagement started with pre-registration, with demand being greater than the supply underscoring the popularity of the sport. The demand for the Formula 1 Heineken Dutch Grand Prix was so high the organisation wanted a fairer, discerning process. Working with a request shop, they gave everyone a chance to register. Fans could indicate their ticket preferences, for example, by zoning where and when they wanted to sit in or visit. A map of the circuit gave the fans a clear overview of the different seating areas. Based on these preferences, a draw took place, with fans receiving an email with either good or bad news.

With the gathered and loaded information on the expected number of visitors and their chosen method of transportation. It led to successfully distributing people across several entrances. Real-time information was then used to improve efforts. A 360-degree view of the fan was birthed. This multichannel information was parsed through email and WhatsApp, with 80 per cent of the communication before the Dutch Grand Prix sent via email. Just as WhatsApp is critical in day-to-day communication in real life, so was it preferred as “the most important communication channel.” The automated one-on-one interactions with fans were stored in the CDP, enriching the customer profiles.

Race Engineer gave fans information such as how to travel to and from the event, and as a channel for accessing exclusive content. The bot then hands over to a human service representative when needed. In the run-up to the event weekend, the Dutch Grand Prix was supported to ensure that their service representatives were prepped for the avalanche of interactions for communications to run freely. Race Engineer received thousands of messages. With the help of data reporting and Mobile Service Cloud the Dutch Grand Prix could interact with the fans efficiently and effectively.

The Dutch Grand Prix created the ultimate fan experience by going cashless. These ranged from online payments of ticket sales to the on-premises payments of food and beverages, and parking, to payments powered and processed by our software. Fans with cash were offered prepaid debit cards that could be bought and topped up at different cash points around the circuit. Meanwhile, on-site, orders were processed and captured by cash registers, hardwired terminals, and mobile POS terminals.

With two years’ worth of experience with the Dutch Grand Prix, we both strive for an ultimate experience that exceeds expectations before, during, and after the race. We found the key that unlocked a shared passion for data, communication, and technology, are elements that play a crucial role in providing the optimal customer journey.

Any sport wants to turn casual spectators into lifelong fans. This is key to a sports marketing strategy. Fans willingly dig into their pockets to travel to weekly games. Their show of support is the lifeblood of many a team and venue. Sport is big business and fans are constantly bombarded with messages from competing sports organisations daily, sometimes hourly, with the intent to generate ticket and merchandise sales. Slicing through the noise sounds difficult, but it is incredibly important. What you need to do is know your fans better than the competition to give you that edge you need.