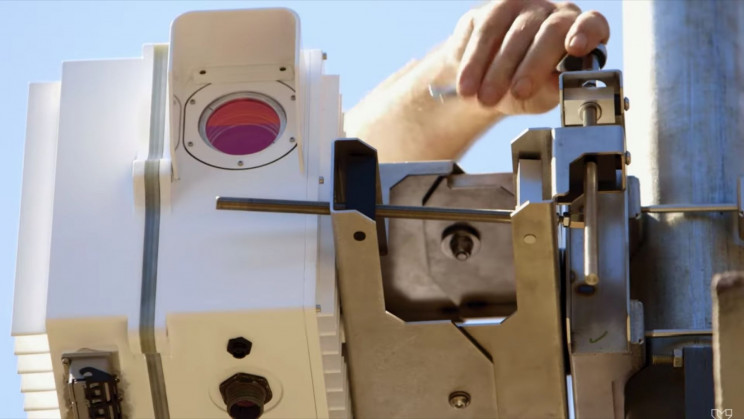 The technology works by shedding the need to transmit the internet through underground, expensive cabling. Instead, Alphabet’s team developed a terminal fitted with a large lens that can beam the light pulses carrying the broadband to another terminal. Think of it like a large internet ray, that has the ability to beam the internet from one terminal to another.

The same terminals can sit on a cell tower, and then beam and receive the internet data as far as 20 kilometers away. The only requirement is that the terminals maintain a clear line of sight between them. The clear line of site is proving to be the first problem for the team and the project, known as Project Taara. The need to maintain a clear line of sight from one Taara terminal to the next is critical. As a result, birds flying through the beams or even a monkey shaking a terminal can disrupt the internet connection.

The Project Taara technology came from the now shelved Alphabet subsidiary called Project Loon, which involved transmitting high-speed internet to users via high-altitude balloons. One research effort at Loon used wireless optical communication to help one balloon communicate with another.

The team at Project Taara has since been refining the technology for use closer to the ground. It currently can deliver broadband speeds of up to 20Gbps.