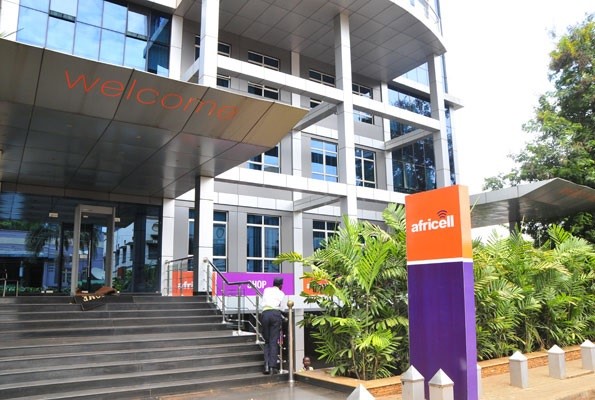 The third-largest telecom company in Uganda Africell Uganda Limited is set to close the business due to stiff competition from the existing giant telecoms; MTN Uganda, Airtel Uganda, Uganda Telecom and of late Lycamobile.

The telecom giant owned by Africell Holdings (53 per cent) and Hits Telecom Holdings (47 per cent) is only seven years old in the country but seeks to exit the economy as the side effects of Covid-19 continue to bite. The company says its services will stop on October 7, this year, according to a letter circulated to its employees, who will continue to be in employment until November 30.

Africell Uganda says its vision was to be a leader in mobile services and giving an impact on the digital transformation of society. The statement by management says that the stiff competition has made it difficult to achieve its business objectives, hence the decision to quit.

“In Uganda – a country with a mature and competitive telecom sector – we believe that the opportunity to achieve this impact is increasingly limited. We have therefore taken the difficult decision to permanently end Africell operations in Uganda,” the statement says in part.

The Minister for Finance, Planning and Economic Development, Matia Kasaija says it is sad that foreign companies are exiting the Ugandan market at this time, saying distressed companies should instead approach the government for advice or help before taking such a decision. He says companies that quit in times of economic hardships lose their credibility as far as being a partner in economic development is concerned.

However, the regulator, the Uganda Communications Commission (UCC), said in July 2021 that the “sector continues to demonstrate resilience as it weathers the storm driven by Covid-19”. It said subscriber numbers and revenue were both up in the first quarter of 2021 compared with the same period of 2020.

Industry sources confirmed the news of the Africell exit but said the company was playing its cards near the chest and that they were not sure of the exact date of closing. Africell launched its commercial operations in Uganda in November 2014 after acquiring shares of Orange Uganda earlier in the year for $USD12 million and inherited an estimated 1,000,000 subscribers at the time of its purchase.

Industry sources say Africell saw its market share decline since 2019, during the onset of the global COVID 19 pandemic. They add those travel restrictions, “which have led to increased competition in the telecoms market, have largely benefited large operators such as MTN, Airtel and Uganda Telecom. They had sufficient financial capacity to invest in strengthening and expanding their network to meet growing consumer demand across the country”.

The UCC said the number of customers in the country had grown from “27.7 million in December 2020 to 28.3 million accounts at the end of March 2021,” of which 21.5 million were broadband cellular subscriptions. Penetration is now almost 70 per cent, said the regulator. The number of active mobile money accounts is now 20.3 million.

Revenue was 7 per cent up compared with the same period in 2020. Africell also has telecommunication operations in Gambia, Sierra Leone, and DR Congo. The storm of Africell’s closure hints at the fact that the company has not posted anything on its Twitter page since August 12, 2021.

Africell’s imminent departure follows the exit of Smart Telecom which closed operations in Uganda at the end of last month. Smart Telecom, owned by the Aga Khan Fund for Economic Development (AKFED), indicated that the effects of the COVID-19 were the last straw that broke the camel’s back.

Africell management noted that their decision to quit will have a long-term impact on the telecommunication sector in Uganda, but an immediate impact on the employees. The employees have been offered a severance pay, payment for unused annual leave, repatriation pay for those eligible to it, as well as full salary and benefits during the rest of the employment period. The company says its decision is aimed at enabling it to focus on other opportunities “for social and commercial impact”.

The Lebanon-based Africell Holdings entered the Ugandan market in 2014 by acquiring Orange Uganda, and has been mostly known for its affordable internet service packages, and relative network stability. The Uganda Communications Commission last year rated Africell top performer in terms of service delivery.

In 2019, the company was reported to be indebted to the tune of 250 billion shillings, while it made a loss of more than 1.5 trillion shillings. Part of the debt was inherited from Orange when it purchased it. In the same year, Ziad Daoud was named Chief Executive in an effort to stabilise the company. He resigned in March 2021 to be replaced by Houssam Jaber. The letter to the staff says that starting now, they will no longer accept new customers, while the remaining period will help the existing ones migrate to other networks.