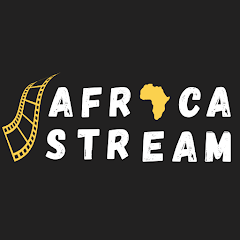 “Until the lions learn how to write, every story will glorify the hunter.”  For most of its modern history, Africa’s stories have been twisted by colonial-era and Western-oriented narratives.

Social media-based platform African Stream officially launched across Africa today in an effort to challenge existing negative stereotypes and give a voice to Africans through cutting-edge, African-centred content.

African Stream’s mission is to reshape conversations and narratives about – as well as knowledge and appreciation of – Africa and its people.

“I’ve been in the media my entire career and I am excited to create an African news platform to define our story in our voice. This continent is the birthplace of civilization and humankind. Africans are innovators, entrepreneurs, leaders, revolutionaries and cultural influencers, as well as a host of other amazing things. I want to build a platform that represents all of that with emphasis on Africa on the rise,” said Ahmed Kaballo, founder and CEO of African Stream, during the launch event.

“Those that are coming to African Stream for entertainment are inevitably also learning, and those that come to find out the latest news also find themselves entertained. That’s what we mean when we say ‘a one-stop shop for all things African.’ We reach people that we might not have reached, through the diversity and range of our content,” added Mr. Kaballo.

The platform is headquartered in Nairobi, Kenya, with teams across the continent producing and distributing content through their own voices.

It tackles tough issues head on, exploring the challenges and problems in Africa, as well as possible long-term solutions. Topics addressed include the exploitation of African wealth, how so-called ‘aid’ is often used as a weapon, why it’s Western chocolate makers who reap the profits from African cocoa as opposed to the Africans themselves, and why neo-colonial relationships have been allowed to persist to this day.