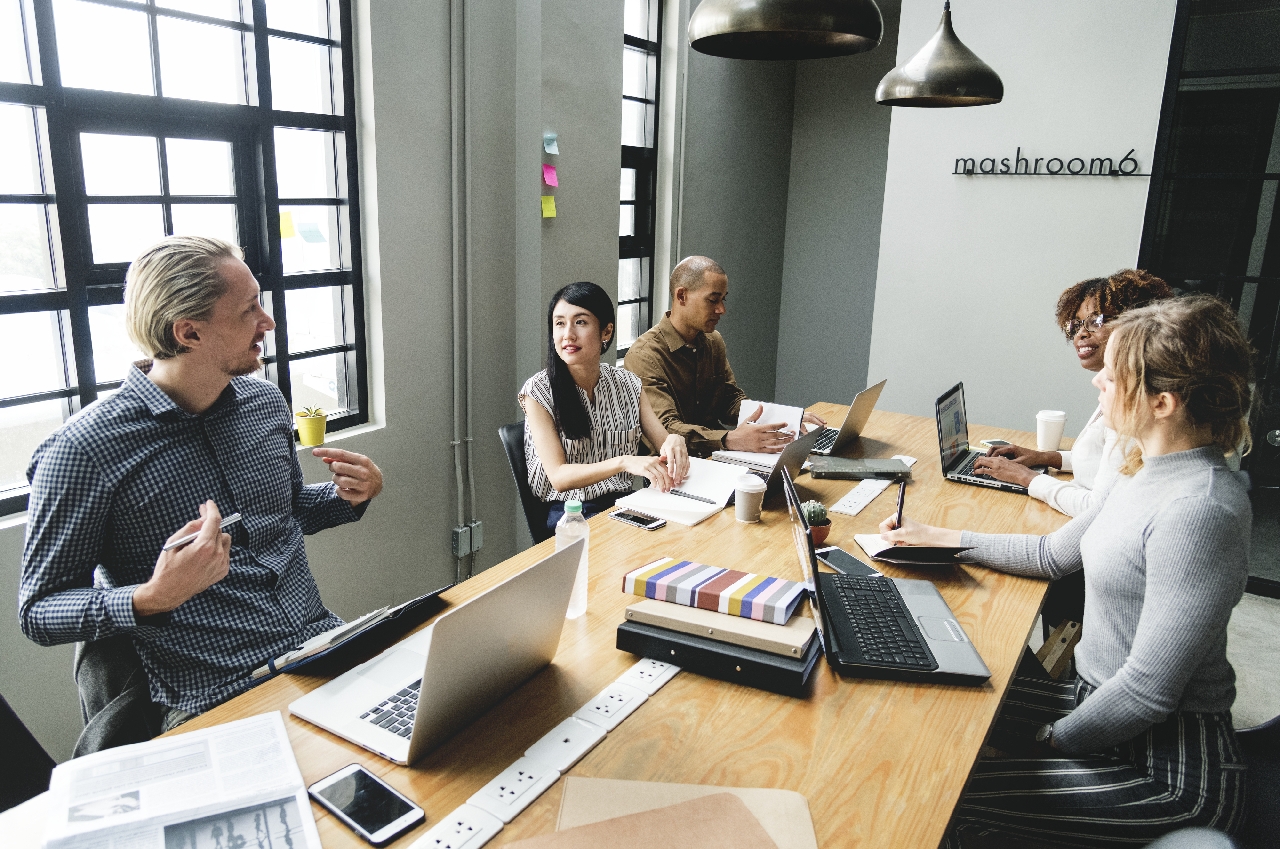 In fact, 68 per cent of executives surveyed by Deloitte said their organisation’s skills gap is “moderate-to-extreme,” with 27 per cent rating it as “major” or “extreme.”

The IT landscape is rapidly evolving, and employers are seeking skills in combinations that align with their future needs. To help your career avoid a dead end, we talked with tech leaders to identify areas that are nearing the end of their life cycle — and how you can pivot to establish a revamped skillset that will keep your career growing.

Legacy and on-premises IT skills

The rise of cloud based-services along with a trend toward hybrid and remote work environments has reduced the need for on-premises IT staff. Those whose skills are focused on physical hardware and legacy systems may see their career options limited sooner rather than later, says Susie Cummings, a Principal and National Leader of IT services at BDO Digital.

“Employees who are generalists with broad skills, but no contemporary areas — cyber, cloud, etc. — of subject matter expertise will likely struggle to remain relevant in current or future positions,” Cummings says. “We’re also seeing the lines blurred between IT and business. Being a purely technical resource without the ability to navigate conversations with business leaders about the value of a future IT investment may increasingly cause challenges.”

Peter Tsai, Head of Technology Insights at Spiceworks Ziff Davis, says the need for foundational skills around understanding the integration of infrastructure, operating systems, and software won’t disappear — but they won’t make tech pros stand out either.

“Current trends have influenced which tech skills are in demand,” Tsai says. “A decade ago, the most useful IT certifications might have revolved around … networking gear, operating systems, and virtualization environments. However, with an increased focus on protecting against cyberthreats and shifting software and infrastructure to an ‘as-a-service’ model, many of the highest-paying certifications now involve IT security and cloud computing.”

Expertise in just one programming language

Those who excel at individual programming languages currently in use may feel a sense of security, but the need to understand multiple languages will grow quickly in the next few years, says Ivan Panchenko, Co-Founder and Deputy CEO at Postgres.

“In the past, a tech pro could use one technology for a decade — it’s no longer the case,” Panchenko says. “Innovations come at a faster pace. A bad design decision, an acquisition by a competitor, a license change — and previously popular languages and frameworks start losing their users. Now all leading tech companies are adding second and third programming languages in the desired skills sections of their job descriptions. Senior software developers often switch to 100 per cent new technology stacks in just months and succeed in their new roles.”

Some tech pros may have found greater compensation as the reward for focusing on one area, but it can also leave a tech career vulnerable, says David Wintrich, Chief Academic Officer of the boot camp Tech Elevator. “Avoid becoming overly specialized in specific products or niche technologies. Generalists are going to be more adaptable to changing technology landscapes and better equipped to evolve with the needs of organizations.”

Tony Lysak, CEO at the Software Institute, argues that IT skills have limited lifespans and says that scripted testing is one that’s fading.

“At the moment, the IT skills nearing the end of their life cycle include manual test and SQL,” Lysak says. “These are being progressively replaced by UX/UI, cross-functional team members with automated test skills and cloud-based engineers often with specialist skills in big data. Roles like systems administrators and network engineers are quickly moving to niche roles within cyber and cloud where new software vendors and products are appearing on a weekly basis.”

That means IT pros will skills in those areas should look to new opportunities in data, analytics, and security as most companies work their way through digital transformation, says Lambert A. Rugani, managing director in the technology officer practice at ZRG.

“We’ve seen more automation and standardisation,” Rugani says. “The shift to agile development and DevOps has reduced the need for sizeable QA teams.”

Hard skills without soft ones

Tech teams need high levels of collaboration, and those who can communicate effectively will see their stock rise as others’ fall, Wintrich says.

“Make sure that you’re able to make contributions that don’t simply rely on hard technical skills. There are things that can make the entire team and organization more effective, including project management skills and Scrum master certification, technical documentation training, and developing requirement gathering capabilities, such as active listening, along with domain knowledge that allows you to more easily understand and collaborate with business peers.”

Renato Mascardo, CTO of Accela, says data centres aren’t going anywhere, but certain skills in maintaining them will be less necessary due to optimisation. “We’re in a major shift towards consuming more cloud resources and leaving the lower-level data centre duties to others,” Mascardo says. “There will be far less new data centre buildouts and more reuse of existing data centre capacity as IT departments shift to the cloud. Data centre operations engineers should begin to get familiar with running operations in the cloud, which is a completely new and different skill.”

“If you think of it as total time spent in the job, there will be less time spent on manual configuration tasks and manual, physical movement of machines,” Brown says. “We’ll be spending more time building capabilities that enable businesses to get the most out of their data. We aren’t replacing humans with machines, but rather teaching both to better collaborate in a new cloud environment. The IT skills you already have will still come into play — just in a different environment. We still want to understand if resources are being used efficiently. We still need to be able to gather data and analyse it to answer business questions. And we still need to understand how to map bigger business problems back to IT solutions.”

Zoë Morris, President at Frank Recruitment Group, says even before the pandemic organisations were preparing for fully remote and hybrid work environments, and now those efforts have intensified.

“For that reason, a lot of the physical elements present in some tech roles will soon become a thing of the past, as data and software simply cease to exist onsite,” Morris says. “Now, it’s about being able to customize cloud software and knowing how to get under the hood of something that only exists online. Knowing how to physically fix things won’t be a part of the day-to-day role of your average IT professional. Understanding how things work and how they can be improved will be far more important. Tech will be a lot less ‘hands on’ and more about being ‘switched on.’”

The key to future-proofing: Combine and conquer

While the rapid pace of innovation can be intimidating, there have never been more online resources to elevate your tech skills, says BDO Digital’s Cummings.

“If an individual is more skilled and experienced, demonstrating a command for the technology solution and adding leadership capabilities or business value creation will create long-term career opportunities,” she adds. “Companies today are also seeking IT individuals who can effectively collaborate and manage their work and client/internal expectations — especially with most still working in a remote or hybrid mode. Gone are the days of working in isolation, so rounding out solid and contemporary IT skills with solid project management and communication skills will be a powerful combination.”

Qumulo’s Brown says, as with most things, the key to keeping your career moving forward is knowing how to protect your organisation’s bottom line.

“The work doesn’t go away; it shifts,” Brown says. “It used to be simpler in a world where you set up a $5,000 server for your data centre, and you knew the exact cost. Now you have to learn how to monitor cost optimization for the cloud. And it’s not always in a cloud provider’s best interest to help you understand efficiencies in your data centre. So, you need to take those same core IT techniques for analysis and optimization that you developed in the traditional, on-prem data centre, and revamp them for the cloud world. You’re answering the same business questions, but now for cloud: How can I make my consumption more efficient? What value are we getting out of the services we use?”

The Deloitte study examines the future of current in-demand areas such as data science, and again, the focus is on diversification of skills. Data analysts often build models that require significant work to apply to a production environment, which is leading to a new area called MLOps.

“MLOps practices encourage communication between expanded development and production teams; like DevOps, it’s a deeply collaborative approach, enabling a broader and larger team of professionals to work together more efficiently to get more done in a standardised manner,” the study reports. “These new players can help data scientists test and fine-tune their creations, deploy models to production, manage production models, address issues related to security and governance, and remove impediments to AI and ML initiatives associated with outdated data infrastructures.”

Song Pang, senior vice president of customer engineering at NetBrain, says some of the pressures driven by COVID-19 have led IT pros to be asked to do more with less headcount for more than a year, and we may not be going back.

“The next generation of IT workers will have to be more hybrid and learn to extend themselves,” Pang says. “We’re seeing a shift from human intelligence at human speed to human intelligence at machine speed. But there will always be a need for critical thinking and problem solving — what engineers love.”