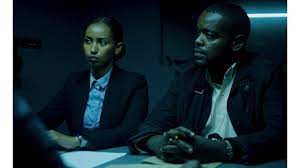 Showmax was the first over-the-top platform in Africa to offer sports, local content, live stream news, and FTA channels on the Showmax Pro service. In addition, customers on Showmax get the best of HBO as well as numerous award-winning movies, series, and kids’ shows from international distributors. Here’s what you get on Showmax and how to make the most of it.

Add Showmax to your DStv bill

Showmax bundles the existing Showmax entertainment offering with music channels, news, live sports streaming from SuperSport, and free-to-air local channels offering you one-stop entertainment at an affordable price. Live sport featured on Showmax Pro includes all Premier League, Serie A, La Liga, and PSL games as well as a wide range of live sports events including athletics, professional boxing, and the world’s biggest marathons. Showmax Pro is available on mobile for only Kshs 1,050 per month and on the web for Kshs 2,100.

More entertainment with the best of HBO:

Entertainment on Showmax includes the best of HBO and plenty of award-winning movies, series, and kids’ shows from international distributors. Action movies fans won’t know where to start with all the shows lined up on Showmax in May. Of course, there are also brand-new international series to enjoy, including HBO’s Run, starring Merrit Wever and Domhnall Gleeson, and a reboot of The L-Word, as well as new seasons of hilarious I’m Sorry and fantasy series The Magicians. The whole Fast & Furious saga is streaming, as well as all the Jason Bourne movies. If your taste turns to horror, also watch the entire Purge series – if you dare. Then, enjoy the latest local movies. They tackle some serious issues that will have you thinking long after the credits have rolled.

Watch the best of local Content – First to Showmax

Hyper-local content remains a key strategic differentiator for MultiChoice Group. We now have all the award-winning shows that celebrate our local Kenyan stories and tell our stories like only we can. Showmax has the biggest slate of Originals coming up this year, including the first Kenyan original, Crime & Justice which is about to conclude Season 1.

Watch Showmax on your Explora

DStv Explora Customers with internet can watch Showmax on their decoders when they connect their Explora to the internet. On the DStv Explora, you can access the biggest library of box sets of the best international and local TV series in Africa on Showmax at the touch of a button.

For more information visit www.dstvafrica.com or www.showmax.com. To add Showmax to your bill, download the MyDStv App on the Apple and Google Play store.

Customers can also visit the official DStv Kenya social media pages via the handles below: